EUROPA LEAGUE FINAL:WILL IT BE SEVILLA OR INTER FOR EUROPEAN GLORY? 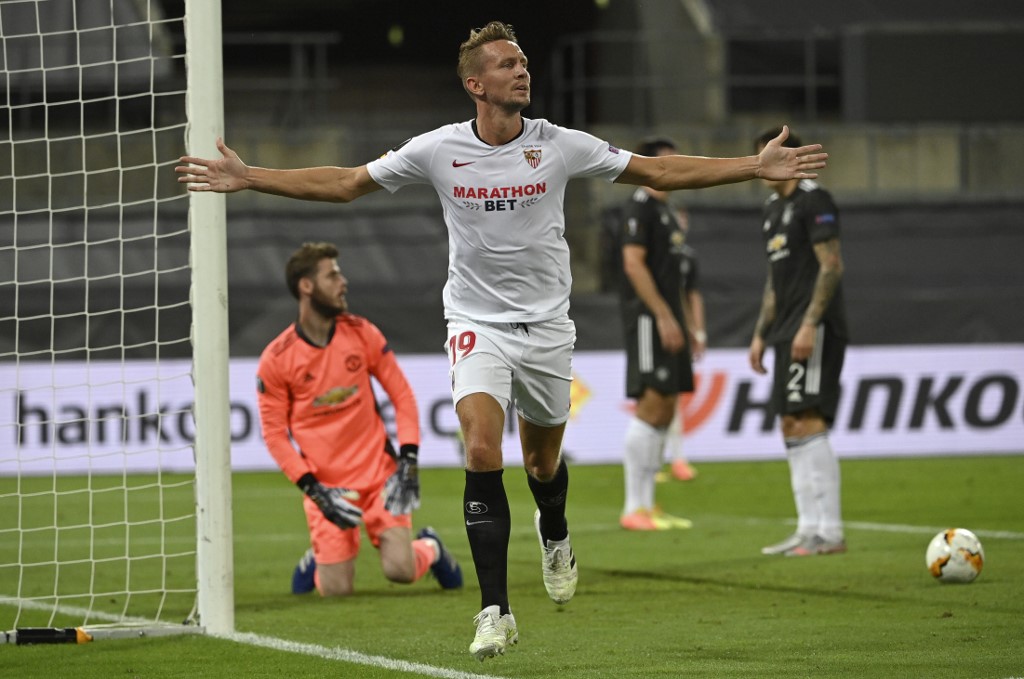 The final of the 2019/20 Europa League final is here with us as the most successful club in the competition’s history Sevilla take on a hungry Inter Milan on Friday night.

Sevilla saw off Manchester United 2-1 to advance to yet another final whilst Inter Milan breezed past Shakhtar Donetsk to set up the enticing encounter.

Inter have not had a taste of European glory in 10 years and go up against Julen Lopetegui’s side who won the trophy thrice in a row, most recently in 2016.

There is no favorite from the two, who have had an outstanding campaign and this game promises to be one for the books and filled with loads of potent attacking threats throughout the match.

What time does Sevilla vs Inter start?

The game kicks off at 10 pm Kenyan time at the Stadion Koln.

Lopetegui is unlikely to name a changed XI from the side that triumphed over Man United but his only concern will be Lucas Ocampos. The forward limped off the pitch in the 2-1 win and it is uncertain whether he will be fit enough to play.

Other than that, the rest are all expected to start including Ever Banega in the center of the pack and Youssef En-Nesri up front.

Antonio Conte’s side will definitely remain with the front two pair of Romelu Lukaku and Lautaro Martinez up front.

What is in doubt is whether the likes of Christian Eriksen and Alexis Sanchez, who recently signed permanently from Man United, will get places in the starting line-up or will have to settle for places on the bench.

Sevilla vs Inter head to head

The two sides met only once in 2008 during the Amsterdam tournament and the game ended in a barren draw.

Inter come into the game on a better run of form, winning the last six matches they have played compared to Sevilla’s five wins from as many matches.

The Italians are actually the second most successful club in this competition, having lifted the coveted trophy three times, last lifting the UEFA Cup in 1998.

Sevilla have the edge in this competition and boast more final experience than Inter but this does not guarantee a victory on Friday.

Both teams pose lethal attacking threats and either could have the edge to score a winning goal but both teams to score and a draw could be the most probable outcome, meaning the game could need more than 90 minutes to decide it.