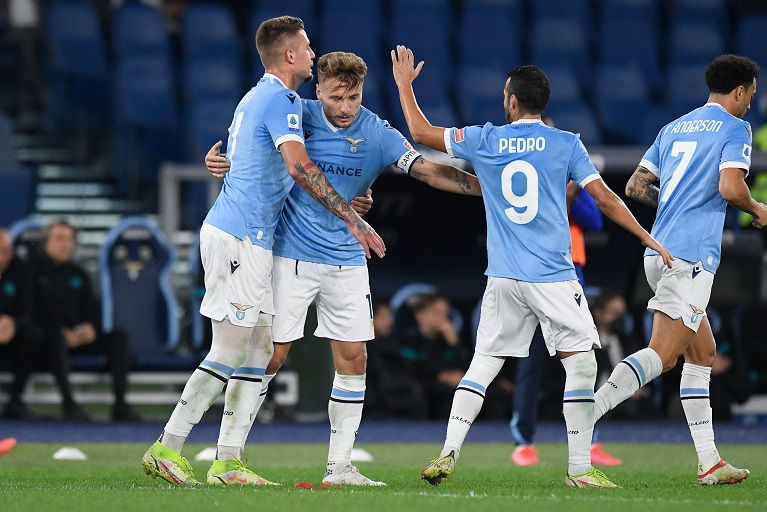 Lazio host Marseille on Thursday night as they seek a second win of their Europa League campaign to take control of Group E.

The Italian outfit got their first win last time out when they beat Lokomotiv Moscow 2-0 as Marseille were held to a goalless draw by Galatasaray.

Lazio come into this game on the back of a 3-1 win over Simone Inzaghi’s Inter Milan in the Serie A.

Marseille, on the other hand, beat Christophe Pelissier’s Lorient 4-1 in Ligue 1 over the weekend.

The hosts are on a 12-match unbeaten streak at home and this will give them confidence ahead of the mouthwatering clash.

Marseille suffered a pair of 3-1 and 2-1 defeats against Lazio when the sides last faced off in the 2018-19 Europa League group stage.

What time does Lazio vs Marseille start?

The game kicks off at 7:45pm Kenyan time at the Stadio Olimpico.

Lazio have no known injury issues and manager Maurizio Sarri is expected to have a fully fit squad at his disposal.

Ciro Immobile was a doubt but has recovered and is ready to return to lead the attacking line, supported by Pedro.

For the visitors, Amine Harit will be unavailable as he nurses an injury.

Cengiz Under also returns to the squad following suspension and could feature from the bench.

Lazio vs Marseille head to head

These teams have gone up against each other 6 times in the past and Lazio have the upper hand, coming out on top 4 times.

Marseille have only managed one win and another match has resulted in a stalemate.

The Italians are on a better run of form, winning three from their last five matches. The other two games have resulted in one defeat and one stalemate, a 1-1 draw against Torino.

Marseille are struggling and have only won once in their last five matches, losing twice as well in that run.

The home side boast an exemplary run of form at home and look the most likely winners in this game.