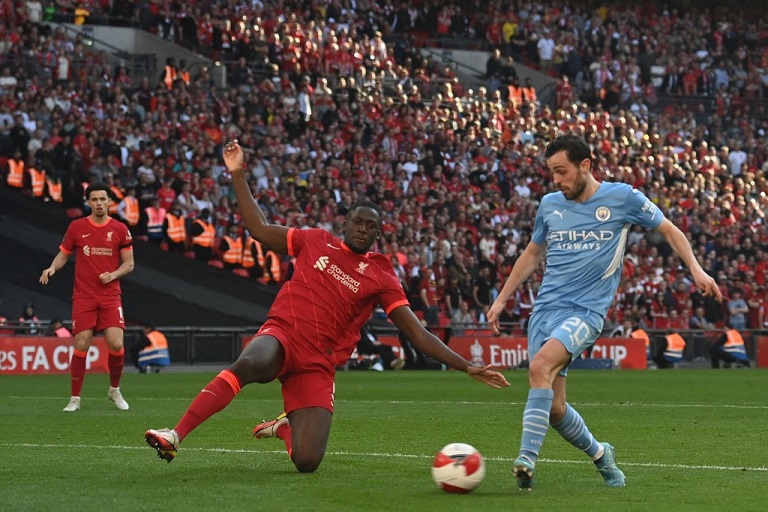 After months of waiting, the new football season is upon us and it begins with a Community Shield match pitting Liverpool and Manchester City.

114 years later, for just the second time since 1973, the shield will be contested somewhere other than Wembley or the Millennium Stadium.

Liverpool have won the Community Shield on 10 occasions but not since 2006 have the Reds got their hands on the title.

Both league games for these two sides last season ended in pulsating 2-2 draws but the reds got one over them in a 3-2 FA Cup win.

City have now won 11 major honors under Pep Guardiola, including four Premier League titles and this competition in 2018 and 2019.

This game marks the start of the 2022/23 season and you can play here to make your predictions for the mouthwatering clash.

The game kicks off at 7pm Kenyan time at the King Power Stadium.

Alisson Becker will recover from his abdominal issue in time to start in goal for the reds, guarded by Virgil van Dijk and Joel Matip.

Darwin Núñez is the high-profile arrival, joining from Benfica for around £65 million and is expected to start.

Mohamed Salah and Diogo Jota are also set to start and leading the attacking line.

Aymeric Laporte remains sidelined with injury but Ruben Dias is back and will start on Saturday.

John Stones, Ilkay Gundogan and Phil Foden did not attend pre-season but will be available here.

New signing Erling Braut Haaland may be handed a start but Kalvin Phillips will settle for a place on the bench.

From 53 matches played between these sides, Liverpool have won 24 times compared to Man City’s 10 wins.

The reds have won just twice and lost three times in their last five games, most recently a 1-0 defeat to Salzburg.

Man City are unbeaten in their last 5, dropping points in just one game.

This match is expected to have goals in it for both sides and plenty of action. It is very likely that it will end in a stalemate and could possibly go to penalties.