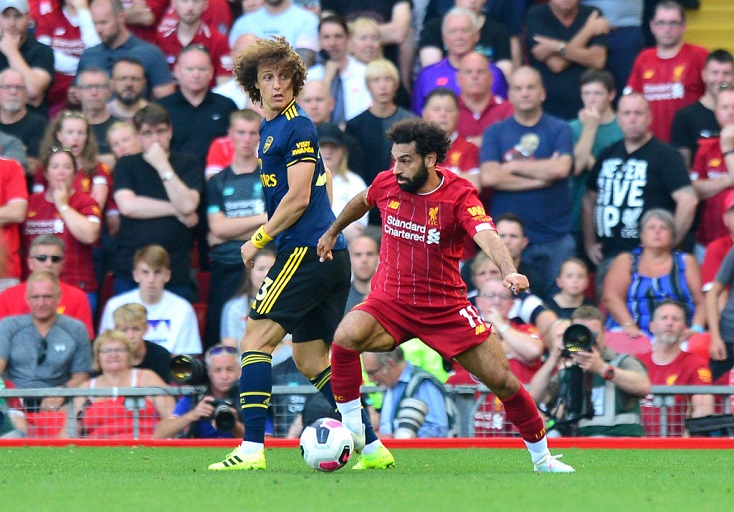 The most watched football league in the world returns this weekend after a fortnight of international duty as players returned home to feature in both World Cup and Africa Cup of Nations qualifiers.

There is no better way to welcome back the league than with this mouthwatering encounter pitting Mikel Arteta’s Arsenal against soon to be deposed champions Liverpool.

Last time out, Arsenal came back from three goals down to salvage a 3-3 draw against London rivals West Ham United in an enthralling affair.

The result left them in ninth place with 42 points, four behind their opponents Liverpool who are in 7th place on the log, with both sides needing to maintain a good run if they are to qualify for Europe next season.

Arsenal have lost just once in the league in the last two months and that was at home to Manchester City, while Liverpool have at least offered signs of recovery with two wins in a row in the Champions League against RB Leipzig and at Wolves.

A win for the Gunners could bring them to within one point of Liverpool whose form has taken a toll for the worse since being joint top of the league in December.

Ahead of the highlight league game of the weekend, SportPesa Kenya’s blog has a look at all the need to knows in the event one needs to pick a winner.

The game kicks off at 10pm Kenyan time at the Emirates Stadium.

Arsenal are pleased with the fact that Willian has had time to recover from a calf injury and the Brazilian should be well rested enough to feature on Saturday.

Bukayo Saka is also available for the Gunners after he withdrew from the England squad to allow him enough time to recover. He is likely to start, offering support to Alexandre Lacazette, who has scored two in his last two EPL outings.

Liverpool are also happy with the return of Diogo Jota, and the Portuguese star has shown his worth during the international break, scoring three times in as many games for his country.

Joel Matip, Jordan Henderson and Virgil Van Dijk have made immeasurable progress with their injuries but the Saturday game may be too soon for them.

Trent Alexander-Arnold had a minor issue while out with England but it does not seem to too serious, so he may be available to start.

The hosts boast a slight advantage when it comes to the history between the two clubs, winning 20 matches out of the 55 they have played thus far.

The reds have won 16, while the remaining 19 matches have ended in a draw.

A 1-0 loss to Olympiakos is Arsenal’s only blemish in their last five matches, winning two and the other two resulting in a stalemate.

For the visitors, they have lost twice in their last 5 matches, identical 1-0 losses to Chelsea and Fulham.

Aside from that, they managed to win the remaining three matches.

This game will definitely come with goals from both sides and an over 2-5 goals prediction for it is probably the best one. Although, when it comes down to picking a winner, I foresee a stalemate.