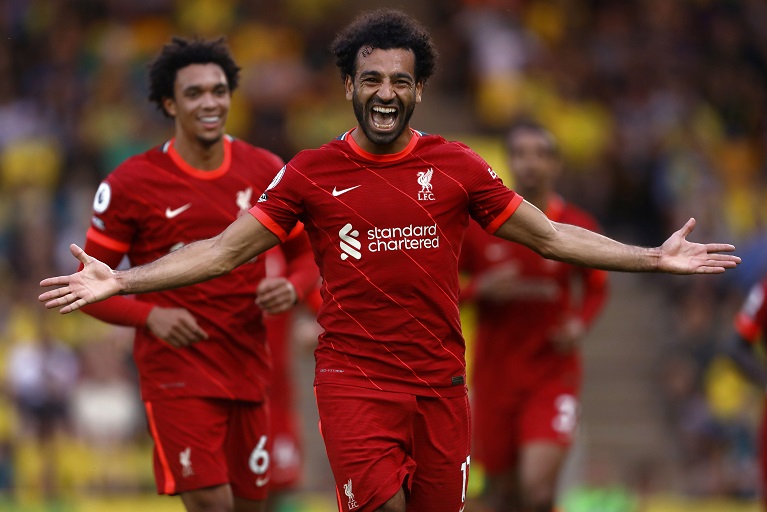 One of the biggest games of the English Premier League season is underway on Saturday evening as Liverpool host Arsenal.

The hosts are fresh off their first defeat of the campaign, a 3-2 loss to West Ham, which left them in fourth place with 22 points.

The visitors have turned their season and their efforts have seen them shoot to 5th in the standings, two points adrift of Jurgen Klopps’s side.

Arsenal are seeking a fourth consecutive win which would see them leapfrog Liverpool, but it’s not going to be that easy.

The reds have shown great character thus far and are the clear favorites heading into the encounter.

Play here to make your prediction for the mouth-watering tie.

Jordan Henderson and Andrew Robertson picked up injuries during the international break and will miss this game.

Sadio Mane was injured as well but participated in training so it looks like he will be available for Klopp.

Mohamed Salah has scored 10 times and assisted 7 in the league this season and will be the main man up front.

Roberto Firmino is also unavailable meaning Diogo Jota has earned a place in the starting line-up.

Thomas Partey is finally available for the Gunners.

Up front, both Alexandre Lacazette and Pierre-Emerick Aubameyang are set to start for Mikael Arteta’s side.

These two teams have gone up against each other 56 times and Arsenal have won most of them with 20 victories to their name.

Liverpool have won 17, including a 3-0 drubbing at the Emirates last time out, courtesy of a Jota brace and a Salah effort.

The Gunners have a better record in their most recent run of games, winning 4 times and sharing the spoils just once.

Liverpool lost their last game but have won three others and drawn one in their last five matches.

The hosts are the favorites but the visiting side has been on an impressive run of form, setting this up to be a cracker of an encounter filled with goals.