CAN ENGLAND INCH CLOSER TO WORLD CUP WITH WIN AGAINST HUNGARY? PREDICTION 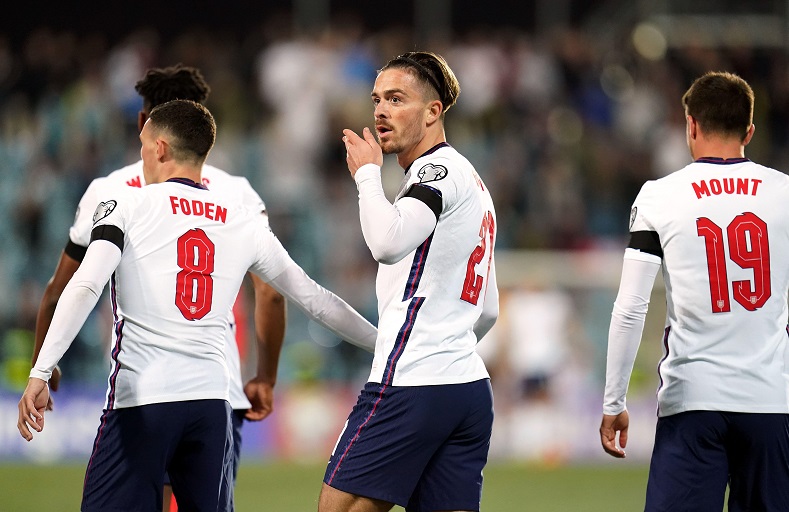 England host Hungary in a 2022 World Cup Qualifier on Tuesday night looking to take a step closer to booking a ticket to the finals.

The Three Lions are coming off a masterclass performance that saw them put 5 past Andorra to cement their lead atop Group I.

Hungary on the other hand were beaten 1-0 at home by Albania and remain in fourth place with 10 points.

The reverse fixture, played at the Ferenc Puskas Stadium last month, saw England cruise to a 4-0 win over Hungary.

Premier League stars Harry Kane, Raheem Sterling, Harry Maguire and Declan Rice were all on target on the day.

Play here to make your predictions for the encounter.

What time does England vs Hungary start?

The game kicks off at 9:45pm Kenyan time at Wembley.

Gareth Southgate left many of his regular starters on the bench against Andorra and they are set to return, starting with Jordan Pickford in goal.

Kyle Walker and Tyrone Mings could also return to the starting XI as well as Mason Mount and Jack Grealish in midfield.

Up front, Tammy Abraham is likely to give way to allow the return of Harry Kane and Raheem Sterling should get the nod as well.

For the visitors, Endre Botka is the most notable absentee due to suspension.

In Adam Szalai’s absence, Roland Sallai will lead the line for Hungary against England.

England vs Hungary head to head

From the 3 matches played between these two nations, Hungary have never gotten a point – losing all three matches.

The hosts have won four of their last 5 matches, only dropping points in a 1-1 draw against Poland.

Hungary on the other hand have lost three games and won twice in that run.

Hungary have a lot on the line but so do the hosts as they seek to book a place at next year’s finals. With their current run of form and the history of the fixture, England are expected to win.