DORTMUND AND BAYERN MUNICH FACE OFF IN SUPERCUP. PREDICTION 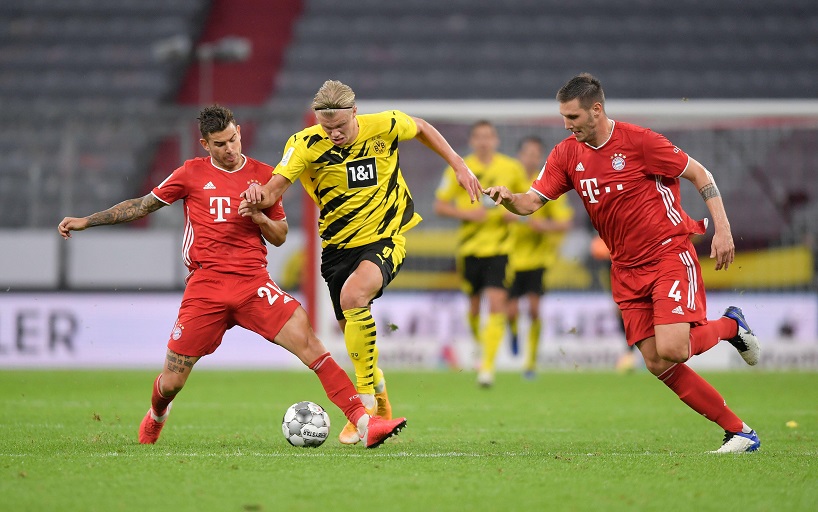 Borussia Dortmund and Bayern Munich are ready to renew their rivalry when they face off in the DFB Super Cup on Tuesday evening.

The game comes after both teams had contrasting starts to their 2021/22 Bundesliga campaigns over the weekend.

Champions Bayern kicked off their season with a 1-1 draw against Borussia Monchengladbach.

Meanwhile, young sensation Erling Braut Haaland inspired Dortmund to a 5-2 demolition of Eintracht Frankfurt, leaving them in third place on the log.

Bayern have come up trumps in their last five meetings with Dortmund in all competitions – including a 3-2 win in last year’s Super Cup.

The game comes days after the football fraternity lost a legend Gerd Muller, who died last Sunday at the age of 75.

What time does Dortmund vs Bayern Munich start?

The game kicks off at 9:30pm Kenyan time at the Signal Iduna Park.

First-choice centre-back Mats Hummels and left-back Raphael Guerreiro aren’t set to return until the weekend at the earliest.

Axel Witsel and Manuel Akanji are set to partner in the heart of the defense, with Jude Bellingham and Mahmoud Dahoud in midfield.

Haaland is the definite option to lead the attacking line.

For Bayern, Benjamin Pavard is out with an ankle injury but Alphonso Davies played the full 90 at the weekend, a huge boost for coach Nagelsmann.

Lewandowski has needed no second invitation to fire against his former club with 22 goals in 23 games.

Bayern are miles ahead when it comes to matches played between these two sides, winning 32 out of the 61 games.

Dortmund have won 16 times, with the remaining 13 resulting in a stalemate.

Bayern are without a win in their last five matches in all competitions, losing three times and drawing another two.

Dortmund on the other hand have won their last three games, but shared the spoils in the two prior to that.

Both teams do not lack the quality to score goals but with the form that Dortmund are on, they are most likely to come out victorious on the day.