DO HOSTS NAPOLI HAVE WHAT IT TAKES TO BEAT CHAMPIONS JUVENTUS? PREDICTION 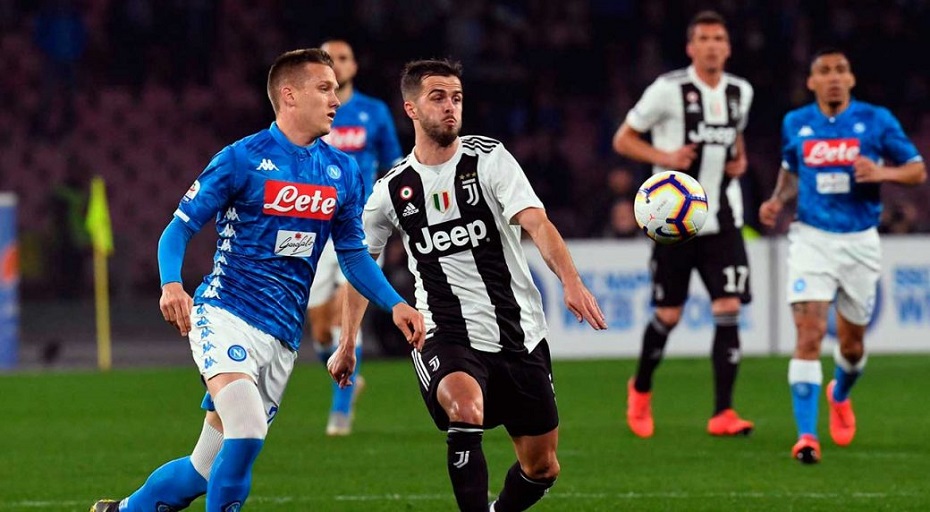 Serie A champions Juventus have picked up the pace in recent weeks as they seek to defend the title for an unimaginable 10th straight season and they travel to Naples looking for a fourth consecutive victory.

Andrea Pirlo’s charges are in third place with 42 points, seven behind league leaders AC Milan and will be looking to continually reduce the point gap.

Napoli on the other hand are in sixth place with 37 points after 21 games so far and with the first leg of this fixture postponed to the ongoing coronavirus pandemic, this is the second game in as many weeks after Juventus knocked them out of the SuperCoppa Italiana.

In January, Juventus managed to turn over Milan, Napoli and Inter – among several others – also keeping clean sheets in all five league matches since losing at San Siro.

Their latest victims in the top flight were close contenders Roma, who they leapfrogged in the league table last weekend, as a result of a comfortable 2-0 victory in Turin.

SportPesa Kenya’s blog gives you the low down ahead of the mouth-watering showdown.

The game kicks off at 8pm Kenyan time at the Stadio Diego Armando Maradona.

Sturdy defender Kalidou Koulibaly is absent due to COVID-19 and will be joined on the sidelines by the duo of Elseid Hysaj and Diego Demme, who both picked up minor injuries.

Former Chelsea ace Tiemoue Bakayoko will be joined by Piotr Zielinski in the midfield.

Giorgio Chiellini, Matthis de Ligt and Merih Demiral are all fit and it will be interesting to see who Pirlo chooses to replace the injured Leonardo Bonucci.

Top scorer Cristiano Ronaldo will be looking to score his 18th goal this season in the Serie A and will be supported up front by Dejan Kulusevski.

These two sides have gone head to head a total of 40 times in the league and Juventus boast a better record, having won half the number of those games.

The hosts have won 11 times and the remaining 9 fixtures have ended in a draw.

The visitors come into the game on the back of three straight wins and they have only lost once in their last 5 matches.

Napoli on the other hand have lost twice and won the remaining three in their recent run of five matches.

The in-form Ronaldo will undoubtedly have a say in this game and this will prompt Napoli to get on the score board as well.

Though the Juventus defense has not leaked in a goal in their last three wins and my money is on them making it four straight wins or a draw at the very least.