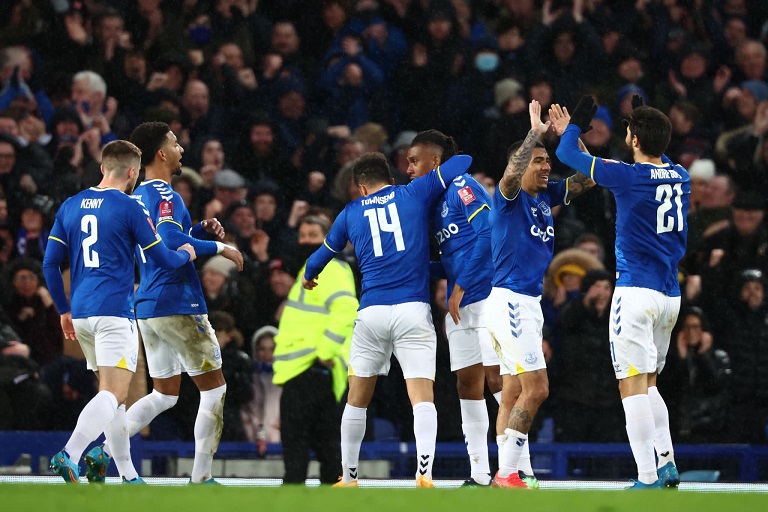 Everton are desperate for a win, just as much as their opponents Manchester United when the two lock horns on Saturday.

Frank Lampard has had a rough time since taking over as Everton boss and are in 17th place with 25 points.

United on the other hand are in seventh with 51 points ahead of the clash.

Everton go into Saturday’s game on the back of back-to-back defeats and have lost four of their last five Premier League games.

The visitors can still challenge for a top-four finish but have games against Arsenal, Liverpool and Chelsea still to come.

Play here to make your predictions for this lunch time kick-off.

What time does Everton vs Man United start?

The game kicks off at 2:30pm Kenyan time at Goodison Park.

Yerry Mina, Andros Townsend, Tom Davies, Nathan Paterson and Andre Gomes are all injured and will not feature.

Michael Keane and Allan are both back after serving suspensions but Donny van de Beek is ineligble to play against his parent club.

Richarlison scored a brace of penalties in the 3-2 defeat to Burnley and will retain his starting role alongside Dominic Calvert-Lewin.

For the visitors, Edinson Cavani is the only main injury concern ahead of the tie.

Cristiano Ronaldo missed the draw against Leicester but is raring for a start this weekend alongside Jadon Sancho and possibly Anthony Elanga.

United have won 29 games out of the 50 played between these two sides, with Everton winning only 7.

The remaining 14 have resulted in a stalemate.

Both teams have only won one game in their last five encounters, though Everton have lost all the other four, while United have lost twice in that run.

Neither side is in better form and are both desperate for a win. Despite their poor run of results, Everton could ramp up a shock win here.