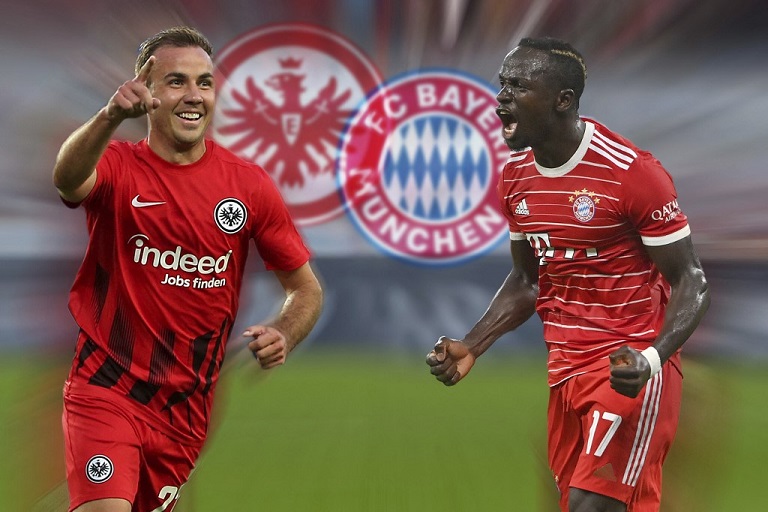 Frankfurt won the Europa League last season, while Bayern are aiming to win the Bundesliga for an 11th successive season.

The visitors failed to complete the league double over their opponents last season and have since let go of their talisman Robert Lewandowski, who left for Barcelona.

Bayern replaced him with the acquisition of forward Sadio Mane from Liverpool, with the Senegalese international already feeling at home with 4 pre-season goals.

Bayern are fresh off an impressive 5-3 victory over rivals RB Leipzig in the German Super Cup, showing their ability to score goals freely.

Play here to make your predictions for the mouth-watering Bundesliga opener.

What time does Frankfurt vs Bayern start?

The game kicks off at 9:30pm Kenyan time at the Deutsche Bank Park.

The hosts seem to have a fully fit squad to choose from with Daichi Kamada expected to start in the heart of midfield.

For the visitors, Mane will definitely lead the attacking line as he makes his Bundesliga debut alongside Jamal Musiala and Thomas Muller.

Kingsley Coman is still suspended for two more league matches after his red card against Wolfsburg towards the end of last season.

Frankfurt vs Bayern head to head

These teams have gone up against each other 43 times, with Bayern winning 31 games compared to Frankfurt’s 7 wins.

Only 5 have resulted in a draw but there has not been a stalemate between these two teams in 4 years.

The home team come into the game on the back of a stellar run of performances that has seen them win 4 times and share the spoils in another.

Meanwhile, Bayern have lost once and won twice in a similar run of their last 5 matches.

This match will not be straight-forward with both teams possessing the ability to score freely. Both teams will definitely score but a draw could be the most likely outcome.