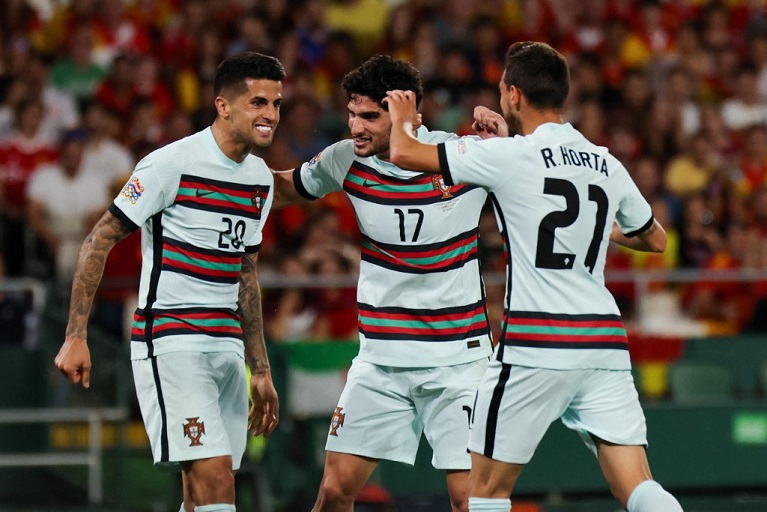 Czech Republic host Portugal in their UEFA Nations League A: Group 2 match seeking revenge after a 2-0 defeat in the reverse fixture.

Joao Cancelo and Goncalo Guedes were on target as Portugal won the match to sit in 2nd place with 7 points.

After back-to-back defeats in June for Czech Republic are in 3rd with 4 points, only ahead of bottom side Switzerland.

Czech have never failed to score at home in the UEFA Nations League and have gone unbeaten in their last 4 such matches.

The hosts have only won once in the competition thus far and this revenge mission is all important since they missed out on Qatar 2022.

Who will come out on top in this fixture? Make your predictions here.

What time does Czech vs Portugal start?

The game kicks off at 9:45pm Kenyan time at the Fortuna Arena.

Patrick Schick returns to the hosts side after recovering from injury and this will boost their squad.

Other than that, they have a full squad and the side that lost to Portugal last time out is likely to remain the same.

As for the visitors, Cancelo picked up a second yellow card and is suspended for this match.

Diogo Dalot will start on the right-hand side following his Manchester United revival, but fellow defenders Pepe and Raphael Guerreiro have both withdrawn due to injury.

Cristiano Ronaldo will start his 109th cap and lead the attacking line, supported by Bernardo Silva and Rafael Leao.

Czech vs Portugal head to head

They have played 3 matches in the past and Portugal have won all of them, scoring 6 times and conceding just once.

The hosts have won just once in their last 5 matches, losing twice and sharing the spoils in the same number of games.

Meanwhile, Portugal have won thrice in that duration and have lost just once.

This will be a game filled with goals, but the visiting team is tipped to win on the day.