WILL THE CZECH PULL OFF AN UPSET AGAINST GIANTS SPAIN? PREDICTION 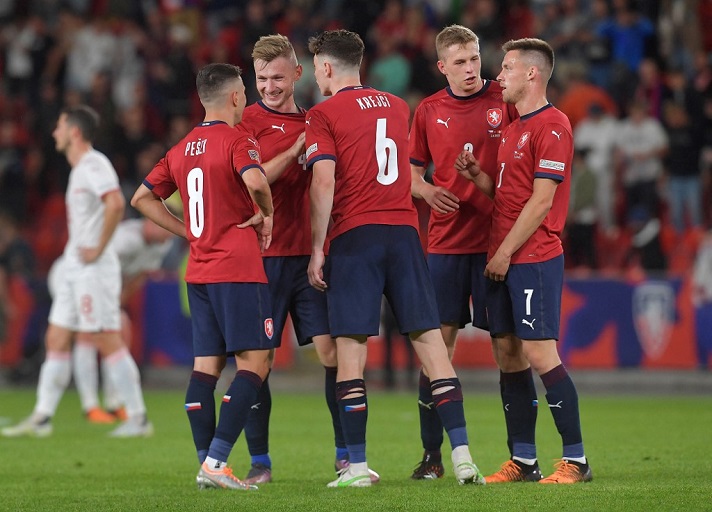 The Czech Republic host Spain in their second UEFA Nations League match, looking to pull off a major upset on Sunday.

The Czech are atop the group after a 2-1 win against Switzerland in the opening match of the competition.

Meanwhile, Spain had to settle for a 1-1 draw against Portugal in arguably the toughest game of the group.

Thursday’s victory saw the world’s 33rd-ranked nation open the scoring in a home Nations League match for the sixth time on the bounce.

Sunday’s game marks the first of a double-header with the Czech Republic for Spain before the month is up.

Though the Czech have failed to score in four of their last 5 matches against Spain.

Can the hosts pull off an upset in this encounter? Play here to make your predictions.

What time does Czech vs Spain start?

The game kicks off at 9:45pm Kenyan time at Eden in Prague.

The hosts talisman Patrick Schick is still absent and this is a huge blow for them but Adam Hlozek will start.

Tomas Soucek is set to start as he marks his 50th international cap.

For the visitors, Aymeric Laporte, Thiago Alcantara and Eric Garcia have all been ruled out of the game.

Koke and Rodri are expected to start in midfield while Ansu Fati hopes to feature after being an unused substitute last time out.

Alvaro Morata and Pablo Sarabia will lead the attacking line for Spain.

Czech vs Spain head to head

They have played 3 games against each other and Spain have won all of them.

The home team have only lost once in their last 5 games and have managed 3 wins in that run. The Spaniards are unbeaten in that run, winning 4 times.

Both teams are expected to get their names on the scoresheet and despite the hosts putting up a good fight, Spain are tipped to win on the night.