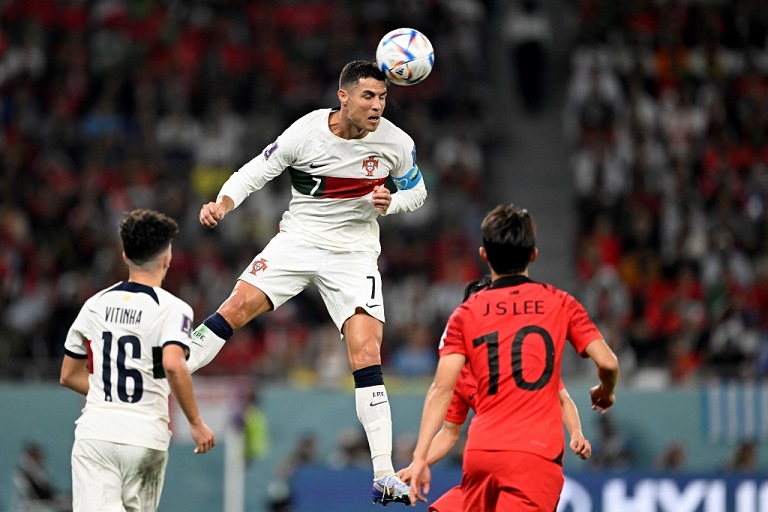 Both Portugal and Switzerland won two of their three group games and now battle it out for a place in the quarterfinals of the FIFA World Cup.

Portugal finished top of Group H, while Switzerland were second in Group G behind Brazil to seal a spot in the last 16.

Portugal finished third at the 1966 World Cup, but have never made it to a senior global final with two of their last three campaigns ending in this round.

The Swiss have never before won three matches at a single World Cup finals, and have failed to reach the quarter-finals in their past seven attempts.

Not since they hosted the World Cup in 1954 have Switzerland reached the last quarters but all this could change in 90 minutes or more.

Portugal have scored the first goal in eight of their last nine World Cup matches with the 2-1 loss to South Korea the first time they lost a game after scoring first.

Portugal and Switzerland have faced each other twice already this year in the UEFA Nations League.

What’s your prediction for this game? Click here to place your bet.

What time does Portugal vs Switzerland start?

A couple of changes are expected to be made by Fernando Santos with the likes of Ruben Dias and Diogo Dalot returning to the starting XI.

Goncalo Ramos will drop to the bench as Andre Silva starts in support of record goal scorer Cristiano Ronaldo up front.

For the Swiss, Ruben Vargas and Xherdan Shaqiri will provide support to forward Breel Embolo from the flanks in an XI that is likely to remain unchanged.

Portugal vs Switzerland head to head

The two teams have clashed six times in the 21st century, with both teams winning three each.

Both sides have an identical record in their last five games, ahead of this enticing clash.

The Swiss cannot be written off and are expected to put up a worthy fight that may see them get a goal out of the match.

Though Portugal’s depth and experience are tipped to help them register a win on the night.