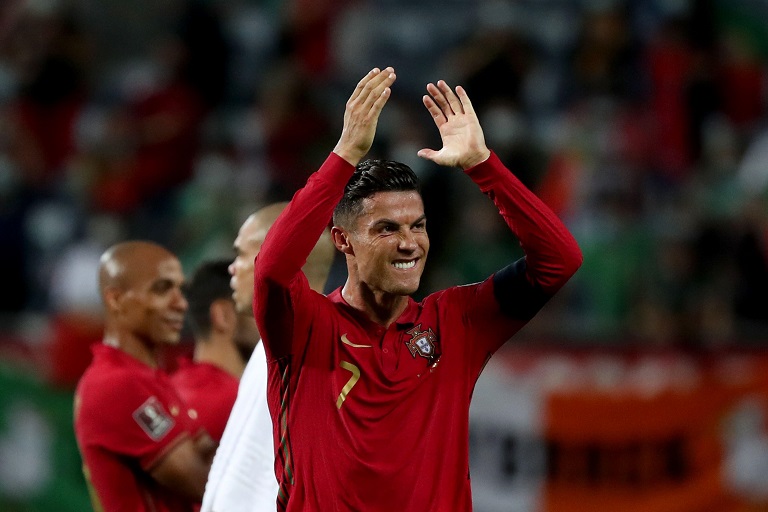 Cristiano Ronaldo broke the international men’s scoring record as he scored two late headers to inspire Portugal to a 2-1 victory against Ireland on Wednesday.

He is followed by Daei, Malaysia’s Mokhtar Dahari with 89, Hungary’s Ferenc Puskas with 84, Zambia’s Godfrey Chitalu with 79, Iraq’s Hussein Saeed with 78, Brazil’s Pele with 77 and Lionel Messi with 76.

Ronaldo scored both his goals with five minutes left in the game after he had a first half penalty saved by Ireland goalkeeper Gavin Bazunu.

“I’m so happy, not only for the record but for the special moments with two goals at the end.

“It was so tough, but we have to appreciate what the team did, they and the fans believed until the end of the game,” Ronaldo stated after the game.

He is already the top scorer in club football’s top tournament, the European Cup/Champions League, a trophy he has won five times.

The former Real Madrid forward is also the top scorer in European Championship history (14) and in Euros and World Cups combined (21).