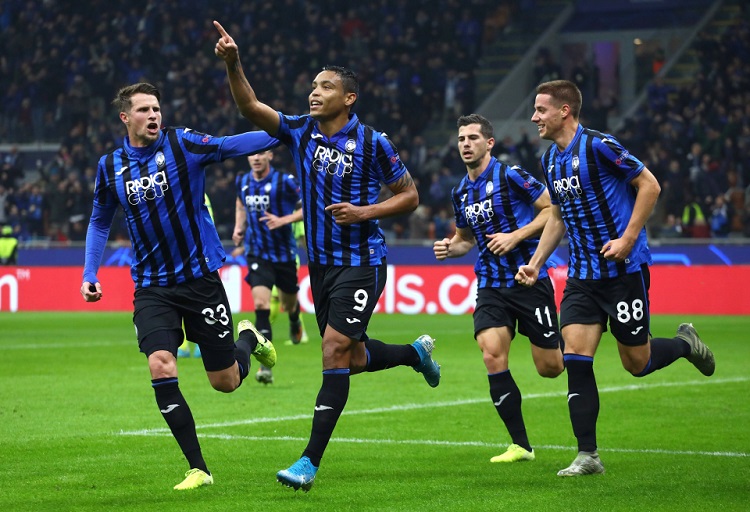 The Wednesday night fixture is arguably the biggest encounter in the club’s 113-year history as hosts Atalanta seek to continue their recent rise up the ranks with a victory against Real Madrid.

Atalanta finished second in Group D to book their spot in the knockout stages, while Madrid ultimately topped Group B after a shaky start to proceedings and the Bergamo-based outfit will welcome an injury-hit Madrid to Italy with genuine belief that they can get one over the most successful team in Champions League history.

Gian Piero Gasperini’s maiden campaign last season ended with quarter-final heartbreak at the hands of beaten finalists PSG, but they have not let up this term and managed to qualify in second place from Group D – behind Liverpool, whom they memorably beat at Anfield – and above 2018-19 semi-finalists Ajax.

The monumental fixture marks the first ever meeting between these two clubs and Madrid’s 13 trophies compared to Atalanta’s empty European cabinet will more than likely play no part in the tie.

The Italian outfit do not lack goals in them as they remain the second-highest scoring team in the Serie A with 53 goals so far this season, 11 more than their opponents have managed in La Liga.

What time does Atalanta vs Real Madrid start?

The game is set to kick off at 11pm Kenyan time at the Gewiss Stadium.

Hans Hateboer is the only injury concern for the hosts ahead of the crucial tie and have a clean bill of health otherwise with heaps of talent to choose from.

Club top scorers Luis Muriel and Duvan Zapata will definitely lead the attacking line with the only question being who will start behind them to offer service to the lethal duo.

Either Matteo Pessina or Josip Ilicic are in contention for the starting role but Gasperini could pick the latter to start.

The visitors on the other hand, the host of injuries include Eden Hazard, Sergio Ramos, Rodrygo, Daniel Carvajal, Marcelo, Eder Militao and Federico Valverde.

A further blow was the confirmation that their top scorer this season Karim Benzema will also miss the game through injury.

This means that there are only 12 senior players to pick from for Zinedine Zidane and with the lack of options, the starting XI is very predictable.

These two sides have never gone up against each other in their history.

The visitors have only lost once in their last 5 games, a surprise 2-1 home defeat to Levante, but have since won four matches in a row.

Atalanta have lost and drawn another in their last 5 games, winning the remaining three ahead of this clash.

Despite being the most successful club in this prestigious competition and the hosts being borderline inexperienced, I tip Atalanta to come out on top in the first leg.

Madrid’s long injury list will definitely cripple them a bit and with the hosts ability to score goals, they should be able to tip the visitors.

WILL CHELSEA REMAIN UNBEATEN UNDER TUCHEL AFTER ATLETICO CLASH? PREDICTION