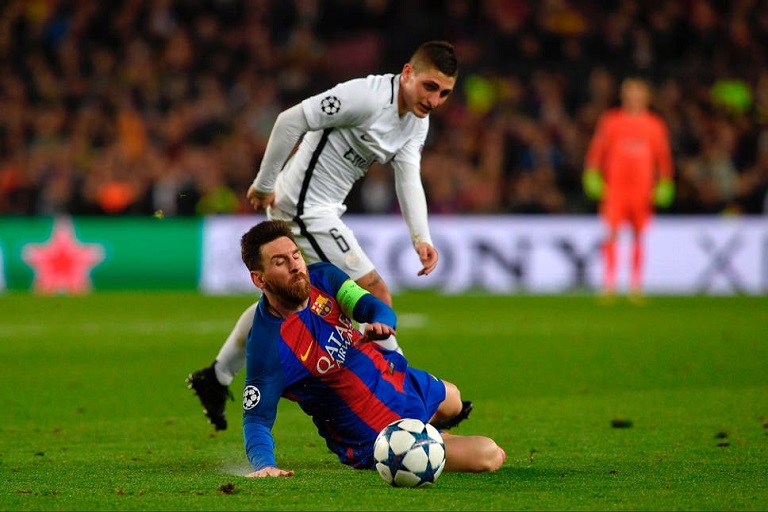 It has been nearly four years since Barcelona responded in sublime fashion, overturning a 4-0 first leg deficit to demolish PSG 6-1 in the second leg that was famously referred to as La Remontada, meaning The Comeback.

Now the return of the most elite competition in club football brings with it this enticing clash to kick start the last-16 battle as PSG travel to the Camp Nou for the first leg.

As these sides renew this iconic rivalry, it is key to note that they have had a tussle off the pitch over the future of Barcelona legend Lionel Messi who is about to be a free agent and all eyes will be on the Argentine on Tuesday evening.

The Spanish giants warmed up for this match with a resounding 5-1 thumping of Alaves on Saturday, where two-goal Messi matched the record previously held by Xavi as he featured in his 505th La Liga game for the Catalan club.

As well as going 12 games unbeaten in La Liga, Koeman’s side have lost just two of their last 18 matches across all competitions and enjoyed a near-perfect group-stage campaign in the Champions League.

PSG come into the game on the back of a narrow 2-1 triumph over Nice in Ligue 1 courtesy of goals from Julian Draxler and former Everton forward Moise Kean.

SportPesa Kenya’s blog has a look at all the need to knows ahead of the midweek return of this monumental Champions League encounter.

What time does Barcelona vs PSG start?

The game kicks off at 11pm Kenyan time at the Camp Nou.

Samuel Umtiti is likely to return to Koeman’s starting XI, having recently recovered and is expected to fill in for Ronald Araujo, who will miss this game with a sprained ankle.

In the attacking line, Messi will definitely be the focal point and Antoine Griezmann is the most certain to start alongside the Argentine as we wait to see whether Ousmane Dembele or Trincao, who scored a brace on Saturday, will get the nod.

The visitors will have to do without the services of Neymar who has an abductor injury, which could also rule him out of the second leg.

Kean has continued to show his capabilities on the flank and should retain his starting place especially with the absence of Angel Di Maria through injury.

Mauro Icardi and Kylian Mbappe will undoubtedly be the point men up front tasked with the duty to be a pain the Barcelona defense throughout the encounter.

Barcelona vs PSG head to head

The home side have a slight advantage, winning 4 out of the 9 matches played between these two sides in their history.

PSG have managed 2 wins, while the remaining 3 matches ending in a draw. There has not been a stalemate between them since a 1-1 draw back in 2013.

PSG have lost once in their last five outings, a 3-2 loss to Lorient on the last day of January, but have won the other four while scoring 11 times in the process.

Barcelona on the other hand are on an impressive run of form, winning all of their last 5 matches and scoring 18 times and conceding just four.

We are a long way from 2017 where goals were flying in from all corners but both sides still boast enough talent in the side to make this a potentially cracking encounter.

Both sides will score and simply due to the fact that we are at the Camp Nou, Barcelona are expected to win by a narrow margin to have an advantage to take back to the Parc des Princes.