CHELSEA HOST REAL MADRID WITH A PLACE IN THE FINAL ON THE LINE. 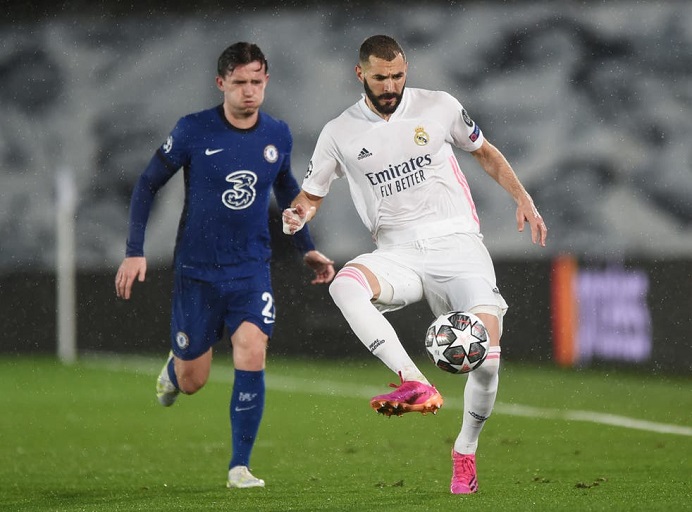 The highly anticipated second leg of the UEFA Champions League semifinal is finally here as the Blues of London welcome Real Madrid to Stamford Bridge.

There is all still left to play for as a spot in the final awaits either side after they played out to an enthralling 1-1 draw at the Alfredo Di Stefano Stadium last week.

The winner will meet Pep Guardiola’s Manchester City in the final on May 29 in Istanbul.

Both European powerhouses enjoyed 2-0 victories in league action at the weekend, as Chelsea overcame Fulham while Los Blancos comfortably swept aside Osasuna.

In the first leg, Karim Benzema acrobatically canceled out Christian Pulisic’s 14th minute opener to give the Blues a second leg advantage due to the away goal rule.

Defeat in the second leg of their quarter-final tie with Porto represents the Blues’ only loss of this season’s Champions League so far, though, and they are yet to concede more than one goal in a single game in the 2020-21 tournament.

Ahead of the mouthwatering encounter, SportPesa Kenya’s blog weighs all the news and predictions.

What time does Chelsea vs Real Madrid start?

The only missing player for the home side is former Madrid midfielder Mateo Kovacic. Other than that, Thomas Tuchel has a full squad to choose from.

Cesar Azpilicueta was rested on the weekend and will come into to replace Reece James on the right flank to offer more experience.

Up front, Mason Mount will be the key player behind the forwards to spark up the attack and Kai Havertz looks likely to start ahead of Timo Werner after a great performance over the weekend.

For the visitors, they have been boosted by the return of captain Sergio Ramos from injury, Federico Valverde has alaso recovered from the coronavirus and Ferland Mendy is fit to play.

Eden Hazard failed to influence the game from the start against Osasuna so may not start upon his return to Stamford Bridge.

Toni Kroos and Luka Modric were rested on the weekend and are expected to both start.

There still is no winner after the 1-1 stalemate last week.

Both sides come into the game on the back of a great run of form, both unbeaten in their last 5 matches.

The home side have drawn twice and won the remaining three, whilst Madrid have registered 3 draws and 2 wins in that duration.

There is a lot on the line and despite Madrid being the most successful team in this competition, Chelsea could tip them on the day and make it into the final.