WILL LONDON BE BLUE OR RED AFTER CHELSEA HOST LACKLUSTRE ARSENAL? PREDICTION 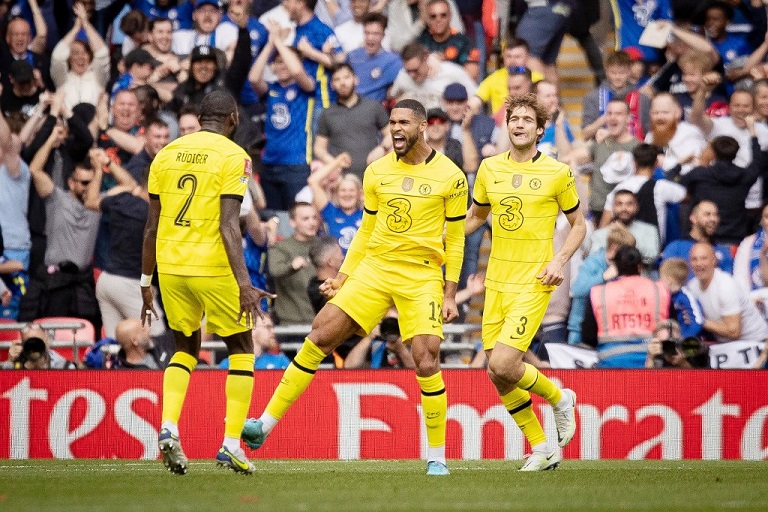 Chelsea will welcome Arsenal to Stamford Bridge on Wednesday as they seek to inflict a fourth straight defeat on the Gunners.

The Blues remain in third place with 62 points, while Arsenal have dropped down to sixth place with 54 points.

The visitors have lost three league games in a row against Crystal Palace, Brighton and Southampton prior to this clash.

Chelsea’s last game was a 2-0 FA Cup semifinal win against Palace, to book a final date against Liverpool at Wembley.

Prior to that, Thomas Tuchel’s side also suffered back to back home defeats against Brentford and Real Madrid.

Chelsea eased to a 2-0 win at the Emirates in the reverse fixture this season, but Arsenal have avoided defeat in their last two trips to Stamford Bridge.

Who will reign supreme in London after this mouthwatering clash? Play here to make your predictions.

Mateo Kovacic is the latest injury concern for the hosts after being subbed off in the FA Cup semi win.

He joins Ben Chilwell and Callum Hudson-Odoi on the sidelines, meaning Ngolo Kante and Jorginho will start.

Romelu Lukaku has started from the bench in the last three games but could be handed a rare start here alongside Mason Mount and Timo Werner.

For the visitors, Thomas Partey and Kieran Tierney remain sidelined through injury.

Emile Smith Rowe is expected to start alongside Gabriel Martinelli as Alexandre Lacazette remains a doubt after testing positive for COVID-19.

The home team have won 25 times out of the 66 games played between these two, while Arsenal have mustered 22 wins.

The hosts have won three times and lost twice in their last 5 games while Arsenal are on a horrid run of form that has seen them lose 4 times in that run.

Despite the recent poor run of results at home, Chelsea look the better team and are tipped to come out on top in this encounter.