CAN LIVERPOOL HOP BACK INTO THE UCL SPOTS WITH LEEDS VICTORY? PREDICTION 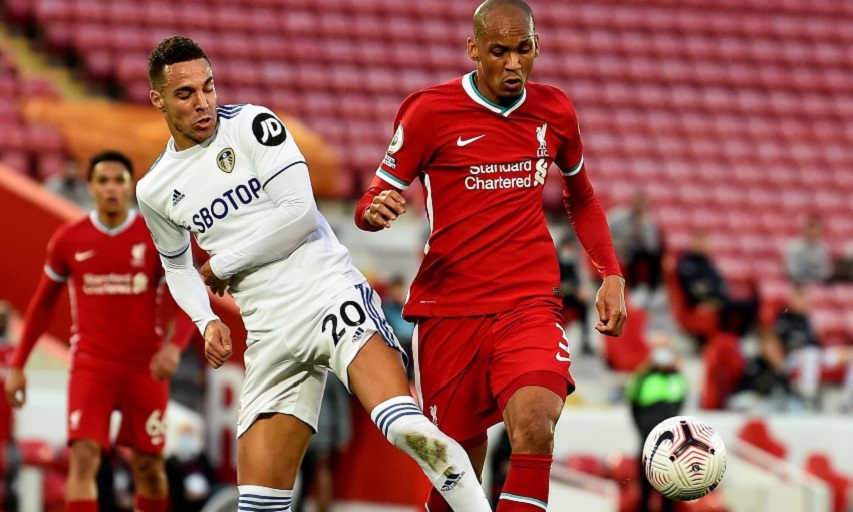 Leeds United host soon to be ex champions Liverpool on Monday night as both sides seek to register a third consecutive victory in the league.

Leeds come into the game buzzing after they beat Manchester City 2-1 last time out with 10 men on the pitch, which saw them leapfrog Aston Villa on the log.

Liverpool were also victorious by the same score-line against Villa, leaving them in sixth place with 52 points.

Leeds could become just the second team in the Premier League to beat both the league leaders and reigning champions in consecutive matches – following in Everton’s footsteps from the 2009-10 season.

The reverse fixture, played at Anfield on the opening weekend of the season, was a captivating affair that saw Liverpool eke out a narrow 4-3 win over Leeds United.

Jurgen Klopp’s side need a win if they are to keep their hopes alive of securing a Champions League spot next season, having just bowed out at the hands of Real Madrid.

What time does Leeds vs Liverpool start?

The game kicks off at 10pm at Elland Road.

Robin Koch is hoping to get the nod over Patrick Struijk after captain Liam Cooper’s straight red card against Manchester City last week.

Jack Harrison returns after being unable to face his parent club but summer signing Rodrygo is still unavailable due to a muscular injury.

For the visitors, there are still long-term absentees like Virgil Van Dijk, Joe Gomez, Jordan Henderson and Joel Matip.

The battle for a start between Diogo Jota and Roberto Firmino continues but the Portuguese international looks set to get the nod over the Brazilian.

Leeds vs Liverpool head to head

These sides have gone up against each other 14 times in their history and Liverpool have the advantage, winning 10 times compared to Leeds’ 2 victories.`

Another two games have resulted in a draw, the last stalemate coming in a 2-2 encounter in 2004.

In their last 5 matches, there is nothing to separate the form that they are on.

Both teams have won three, lost one and drawn another in that run.

The first leg in the opening game of the English Premier League season showed us that there are no lack of goals between these sides.

I foresee over 2.5 goals in this game.