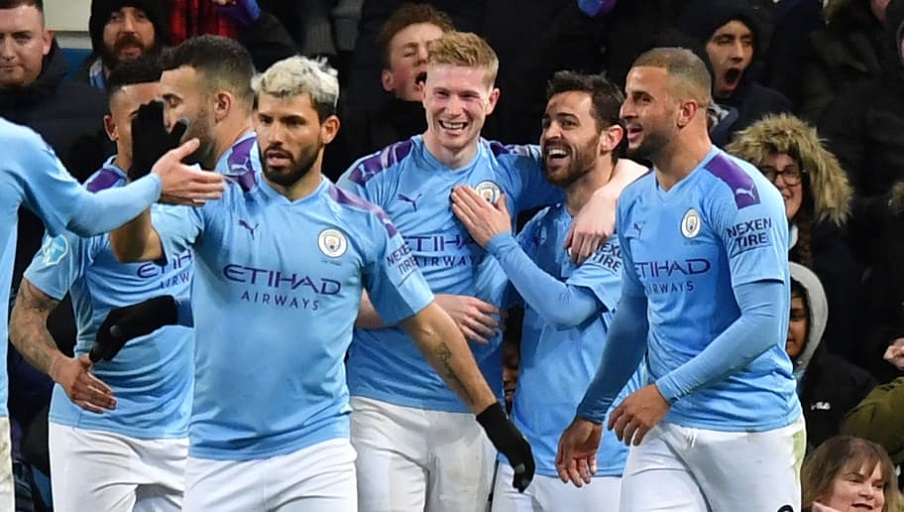 Manchester City will be crowned 2020/21 English Premier League champions if they beat Chelsea when the two teams lock horns on Saturday afternoon.

The match will be a preview of what’s to come in the final of the UEFA Champions League later this month after both sides secured a spot during midweek.

saw off Paris Saint Germain in their Champions League semi, and Chelsea made light work of Real Madrid to make it an all-English final in Istanbul on May 29.

Out of the 15 league games that Thomas Tuchel has managed, his side have kept clean sheets in 11 of them and the Blues could now register three consecutive wins with clean sheets for the first time since November 2017.

They sit four points clear in fourth place, but a defeat could allow the likes of West Ham, Liverpool and Tottenham to put the pressure on in the final few games of the season.

In arguably, the match of the weekend – here is all the need to know ahead of the mouthwatering encounter.

John Stones is serving the final game of his three-match suspension, so Aymeric Laporte and Ruben Dias should continue at the back.

Fernandinho impressed on his 36th birthday against PSG but is expected to make way for Rodri as Pep Guardiola rotates his squad.

Raheem Sterling is hoping to benefit from the rotation with a place in the attacking line alongside the likes of Riyad Mahrez and Gabriel Jesus.

For the visitors, the only injury concern is Mateo Kovacic.

Christian Pulisic, who came off the bench to set up Mason Mount for the second goal in midweek, may be brought back to the starting XI.

Chelsea hold the advantage when it comes to the head to head encounters, winning 24 time out of the 48 matches played between the two sides.

Man City have won 19, with the remaining 5 resulting in a stalemate.

City will be looking to avenge the 1-0 defeat they suffered last month courtesy of a Hakim Ziyech goal, but Chelsea have had a great defensive record this season.

I foresee a very tight game that could possibly end in a draw.