INTER MILAN LOOKING TO GO TOP OF SERIE A AGAINST ATALANTA. PREDICTION 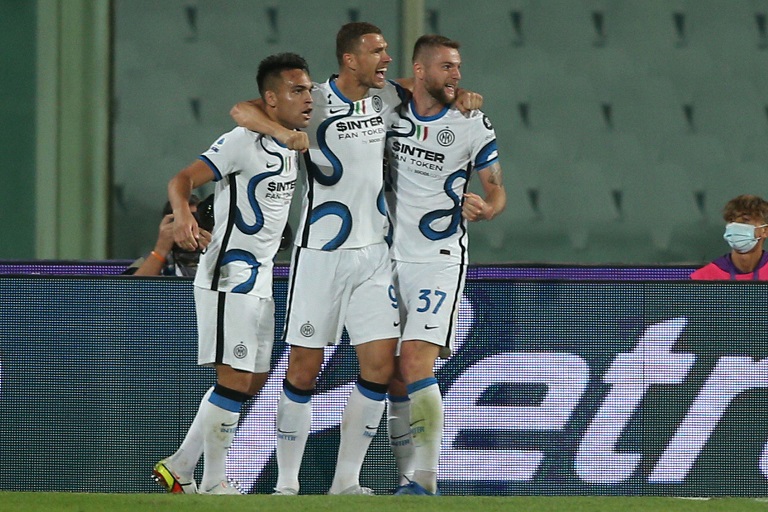 Inter Milan are hoping to continue their unbeaten start to the Serie A season when they host Atalanta on Saturday evening.

The Serie A champions have won three times and drawn just once in their opening five matches, coming off a 3-1 win at Fiorentina.

Atalanta are in fifth place with 10 points after registering back to back wins since their loss to Fiorentina.

After taking the short trip to Milan this weekend, Atalanta then host Young Boys and Milan within the space of four days.

They will need to avoid defeat if they are to finish the weekend in the top five but it’s an uphill task against the reigning champions.

You can play here to make your predictions for the mouthwatering encounter.

What time does Inter vs Atalanta start?

Arturo Vidal and Stefano Sensi continue to be ruled out with injuries, while Gabriel Brazão is a long-term absentee.

Lautaro Martinez and Edin Dzeko will be the strike partnership on the day, with the pair already scoring 7 goals between them.

Luis Muriel and Hans Hateboer are the two injury concerns for the visitors.

Duvan Zapata is the option to start up front and Davide Zappacosta should get a start as well.

Inter vs Atalanta head to head

The hosts have won 20 matches out of the 38 played between these two teams.

Atalanta have only won on 7 occasions, the last being a 4-1 victory in 2018. The remaining 11 games have resulted in a draw.

Inter have won four and lost just once in their last five matches, meanwhile the visitors have won three, lost one and drawn once.

The visitors have not yet found their great goal-scoring form from last season and that could prove costly in a game of this magnitude. Inter have the upper hand and odds are they will win.