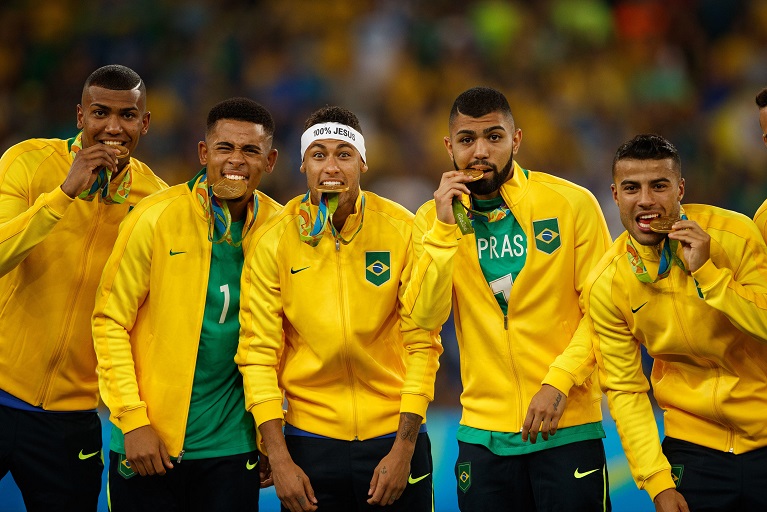 The defending Olympics champions Brazil begin their title-retaining quest against Germany in a Group D clash on Thursday.

The game is a repeat of the Rio 2016 final where Brazil beat Germany 5-4 on penalties courtesy of a Neymar free-kick to ensure their first ever Olympic Gold medal.

Brazil have qualified for seven of the last nine Olympic Games; claiming two bronzes, three silvers and – at last – gold in Rio.

Famously, East Germany claimed the gold medal in 1976, while the West managed to secure bronze 12 years later in Seoul, but the most recent Games was the first time for 60 years that a united German side actually competed.

There are plenty of talents to watch out for in this encounter and here we have a look at who is most likely to come out on top.

What time does Brazil vs Germany start?

The game kicks off at 2:30pm Kenyan time at the Nissan Stadium.

One of the most decorated football players of all time, Dani Alves will be the source of inspiration and composure among the Brazilian side.

Everton forward Richarlison also offers a wealth of attacking options as well as the support of Arsenal’s youngster Gabriel Martinelli.

Head coach Andre Jardine generally opts for a 4-3-3 formation, with any two from Paulinho, Antony and Matheus Cunha.

For the Germans, Union Berlin striker Max Kruse is hoping to carry his form from an outstanding season – during which he netted 11 times in the Bundesliga – into this competition.

Head coach Stefan Kuntz – who also prefers a 4-3-3 – is expected to rely on young Arne Maier to carry over his Under-21 performances into yet another month of this action-packed year.

Brazil vs Germany head to head

These powerhouses have gone up against each other a total of 6 times, Brazil have the upper hand winning three times.

One match has ended in a draw and Germany have won twice, most famously a 7-1 demolition the last time they met at the 2014 FIFA World Cup.

This match has the billing to be an extremely interesting affair with Brazil boasting better odds to come out on top. The Germans will definitely put up a fight though, with both teams expected to score.

Who do you think will win? Play here