WILL WEST HAM PUT ONE FOOT IN THE EUROPA FINALS WITH A WIN AGAINST FRANKFURT? PREDICTION 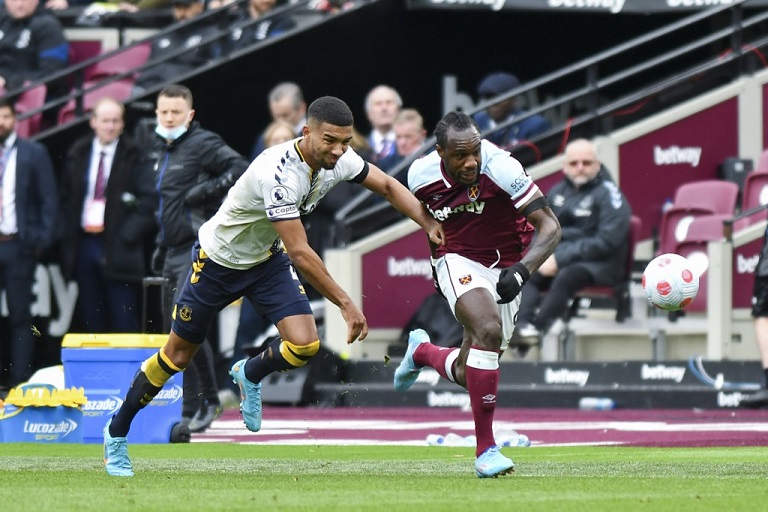 West Ham continue to dream of European glory and they start with a first leg semifinal against Eintracht Frankfurt on Thursday.

The Hammers beat French side Lyon 4-1 on aggregate to advance while Frankfurt stunned Spanish giants Barcelona 4-3.

Neither side has won the Europa League before, making this a potential mouthwatering clash.

West Ham are currently in 7th place on the English Premier League table while Frankfurt are 9th in the Bundesliga.

However, 4 defeats in 7 top-flight games means that the East Londoners head into this contest not necessarily full of confidence.

Who will put one foot in the finals when these two teams lock horns on Thursday. Play here to make your predictions for the clash.

What time does West Ham vs Frankfurt start?

The game will kick off at 10pm Kenyan time at the London Stadium.

Declan Rice, Jarrod Bowen and Michail Antonio are all expected to return to the starting XI after being rested.

Alphonse Areola may be handed a call-up to start between the sticks.

For the visitors, Evan N’Dicka and Kristijan Jakic are unavailable due to suspension.

Djibril Sow will make a return to the starting XI as well as Rafael Borre.

This will be the first competitive match played between these two teams.

Both teams come into the game on the back of an identical run of form, winning just once in their last 5 matches and losing twice in that run.

This will be a dicey encounter but the home team are expected to take full advantage of the fact and grind out a win in the first leg.