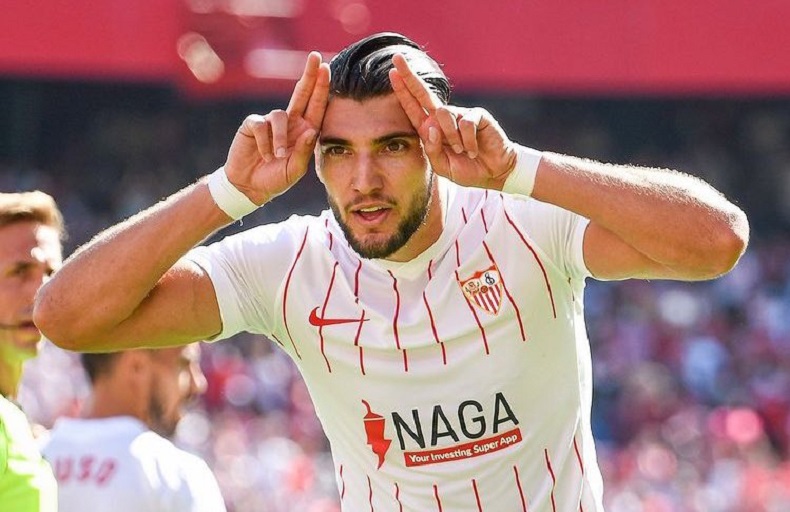 English Premier League’s West Ham travel to Sevilla to battle it out in the first leg of their Europa League last 16 clash.

The Hammers are sixth in their domestic league and face a Sevilla side that are currently second in La Liga.

West Ham topped a group involving Dinamo Zagreb, Genk and Rapid Vienna to reach this stage of the competition, collecting 13 points from their six fixtures.

Sevilla also faced Dinamo Zagreb, losing the second leg in Croatia to only prevail 3-2 on aggregate.

Sevilla have not suffered defeat at Estadio Ramon Sánchez Pizjuan since losing to Lille in the Champions League back on November 2.

Who will draw first blood and take an advantage into the second leg? Click here to make your predictions.

What time does Sevilla vs West Ham start?

The game kicks off at 8:45pm Kenyan time at the Ramon Sanchez Pizjuan Stadium.

Rafa Mir is likely to start up front for the hosts with Anthony Martial out injured and Youssef En Nesyri on a wretched run of form.

Thomas Delaney is out suspended and Nemanja Gudelj is all set to play.

Club top scorer this season Jarrod Bowen is a major doubt for West Ham after suffering a heel injury at Liverpool.

Either Said Benrahma or Nikola Vlasic will be given the nod if the Englishman cannot take part.

Although, David Moyes is boosted by the news that Declan Rice is fit to return to the starting XI.

There has never been a competitive match played between these two teams.

The home team have won two, drawn two and lost just once in their recent run of five matches.

As for the Hammers, they have only managed onw victory in their last five matches – losing twice and drawing a similar number of games.

This has the potential to be a cracker of an encounter and with both teams not shy of goals, there will definitely be at least a couple in the game.

However, the home advantage could work in favor of Sevilla.