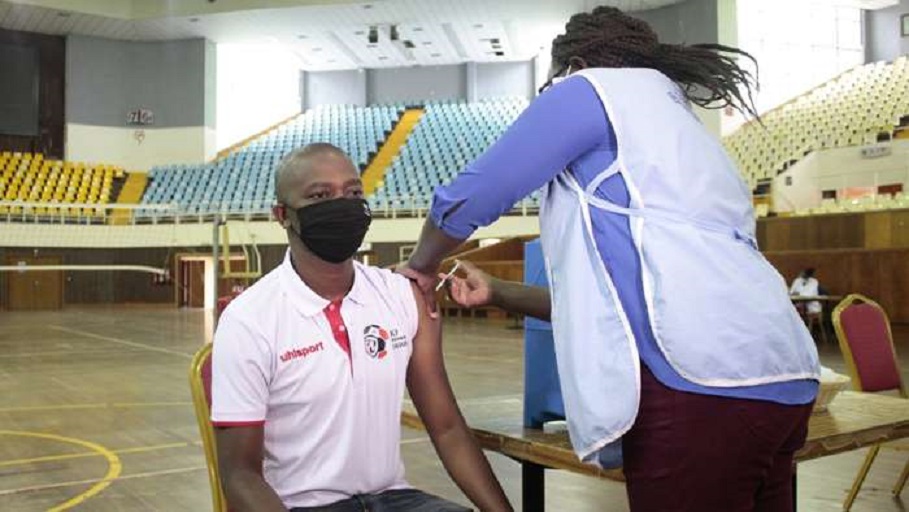 Since President Uhuru Kenyatta addressed the nation on March 26 ordering all sports to be stopped in the country, there is no explaining how many people’s jobs have been affected.

The Kenya Premier League was stopped due to the unenviable rise in coronavirus cases in the country and the entire fraternity was dismayed by the news.

Since then, the Football Kenya Federation has appealed severally to the government and the first good sign of the league resuming came last Saturday.

A total of 30 players per team and 10 members of the technical bench received the first dose of the controversial AstraZeneca vaccine, in the hope that the league can resume.

For the second time in a few months, Kenyan sports had come to a standstill due to the COVID-19 pandemic but finally there is a light at the end of the tunnel after all match officials as well as FKF staff got their jabs as well.

There have been plenty of worrying stories over the availability of both doses of the vaccine in the country as well as people reacting differently after the jab, but this did not stop the process over the weekend.

Led by Gor Mahia captain Harun Shakava, the players want the government to allow football return after getting the Covid-19 jab at the weekend.

“We only depend on football in our lives so when it is suspended it shows that we have nothing to earn thus we urge the government to ease the restrictions,” appealed Shakava.

His sentiments were echoed by Nairobi City Stars midfielder Sven Yidah, who posted a picture receiving the jab and quoted it saying:

“Finally been vaccinated, I hope this means we can go back to the pitch soon. Hoping the government can allow us to resume the work that helps us provide for ourselves and our families.

With all Nairobi based clubs vaccinated as well as Ulinzi Stars and Kakamega Homeboyz, the rest of the clubs will receive their vaccines by Tuesday next week.

FKF President Nick Mwendwa says the rest of the levels of the game will be vaccinated by end of week, including the National Super League, Division 1 and 2 teams as well as the county teams.

“First of all, I want to thank the government for making sure all players and officials in the top league have received the Covid-19 vaccine to protect themselves, the process was done without any hitch.

“My appeal to the government is that they speed up the process of resuming football because this will help our national team Harambee Stars as they have World Cup qualifying matches coming up in June,”Mwendwa stated.

Meanwhile, Sports Chief Administrative Secretary Zack Kinuthia says the Ministry is continually updating the National Emergency Response Committee (NERC) on the steps sports is taking and he is hopeful their recommendations will be considered.

“We cannot do much since it is the President who closed down everything and suspended sports so we have to wait for him to make his address and tell us whether it is okay to open up again,” Kinuthia stated.