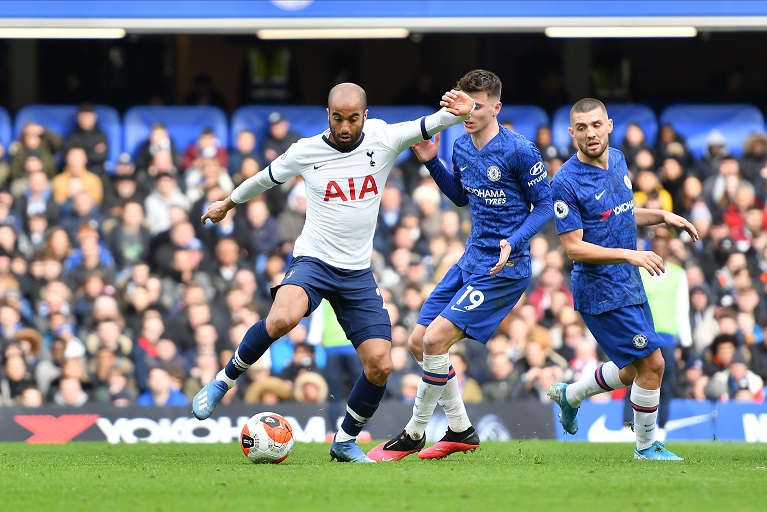 Tottenham host London rivals Chelsea on Sunday in the English Premier League hoping to hand them their first defeat of the season.

Spurs come into the game in 7th place after they were humiliated 3-0 by Crystal Palace in their last league game.

Meanwhile, Chelsea have not lost a game this season and have only conceded one goal, in a 1-1 draw with Liverpool.

They’re joint top of the league, are buoyed by a win in the opening round of the Champions League, beating Zenit 1-0 courtesy of a goal by Romelu Lukaku.

The hosts escaped with a 2-2 draw against Rennes in the Europa Conference League on Thursday night.

Despite the contrast in their form, this is a London derby and either side can come out on top on the day, play here to make your predictions for the encounter.

What time does Tottenham vs Chelsea start?

The game kicks off at 6:30pm Kenyan time at the Tottenham Hotspur Stadium.

Heung-Min Son, Giovani Lo Celso and Davinson Sanchez have all been ruled out of the game.

Harry Kane will need to find his goal-scoring form to inspire Spurs up front. He will be assisted by Dele Alli and Lucas Moura.

For the visitors, Ngolo Kante and Christian Pulisic are the only main injury concerns for Thomas Tuchel’s side.

Mason Mount, Kai Havertz and Romelu Lukaku are the most likely options to start up front for the Blues.

Matteo Kovacic had a great game last time out against Aston Villa, scoring his first ever goal at Stamford Bridge and will be the key to Chelsea’s midfield.

Tottenham vs Chelsea head to head

Tottenham have only managed 10 wins against their opponents in 57 matches, while the Blues have been victorious on 31 occasions.

The remaining 16 games have resulted in draws, last one being a 2-2 stalemate.

In terms of league form, Chelsea are unbeaten and have won three times, drawing just once.

Spurs on the other hand have lost once and won three games in their most recent run of four games.

Both sides have enough quality in their squads to produce goals but despite them both scoring, Chelsea are a new look side that have the potential to come out on top.