CAN TOP RANKED BELGIUM GET REVENGE IN WALES ENCOUNTER? PREDICTION 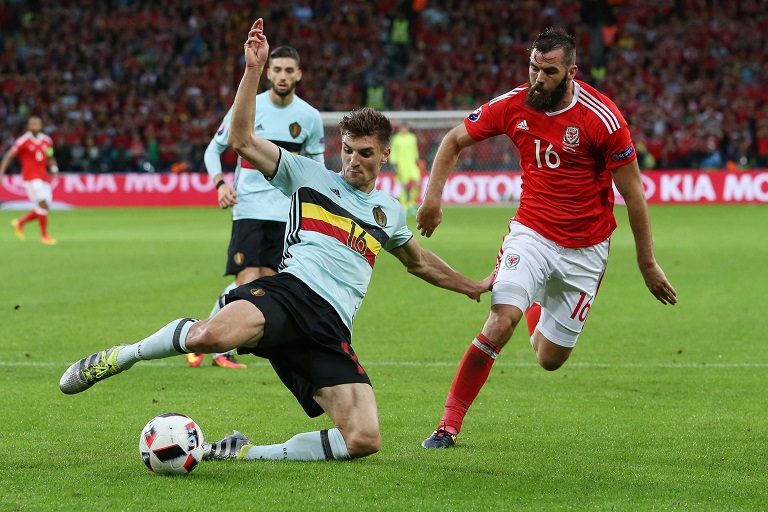 Despite being ranked as the top team in the world, this match has proved to be a difficult one for Belgium in recent encounters and they welcome Wales on Wednesday night seeking revenge.

The Welsh were 3-1 winners the last time these two sides met in 2016 and now they face off in Group E of the World Cup Qualifiers, with either side looking to get off on the right foot.

After qualifying for this summer’s rescheduled Euro 2020, Wales followed that up with an unbeaten Nations League campaign that earned them promotion to the top tier of groups and remain without coach Ryan Giggs who is under investigation due to an assault allegation.

Belgian head coach Roberto Martinez has stated that the ultimate aim for Belgium will be to win the Euros, though the longer-term target is to not only reach Qatar 2022 but also win the competition.

SportPesa Kenya’s blog has a look at all you need to know ahead of the highly anticipated midweek encounter.

What time does Belgium vs Wales start?

The game kicks off at 10:45pm at the King Power at Den Dreef Stadium.

Eden Hazard and Axel Witsel remain absent due to injuries but there is enough talent to replace the two in the midfield including the likes of Nacer Chadli and Youri Tielemans.

Romelu Lukaku was a doubt due to a reported coronavirus outbreak at Inter Milan but he linked up with the squad on Monday and should be ready to start.

As for Wales, they will once again be without the experienced Aaron Ramsey because of an injury sustained with club side Juventus last week.

Number one Wayne Hennessey picked up an injury for Wales in October that kept him out of action until last month, but he has proved his fitness for Crystal Palace Under-23s and should therefore be okay to start on Wednesday.

Gareth Bale, who has reinvented himself in the Tottenham squad in recent weeks will also feature alongside his club teammates Joe Rondon and Ben Davies.

Belgium vs Wales head to head

These two sides have gone up against each other 5 times and Wales have won twice, compared to Belgium’s one victory.

Another two matches have resulted in a draw.

The hosts are currently on a four-match winning streak, with only a 2-1 loss to England being their only defeat in their last 5 matches.

As for the visitors, they have not lost in their last 5 games prior to this encounter, winning three times and drawing the remaining two.

Despite not having any joy in their recent matches against the Welsh, Belgium are expected to come out on top in this particular encounter.

Wales have what it takes to get their name on the scoresheet but Belgium will edge them on the night.