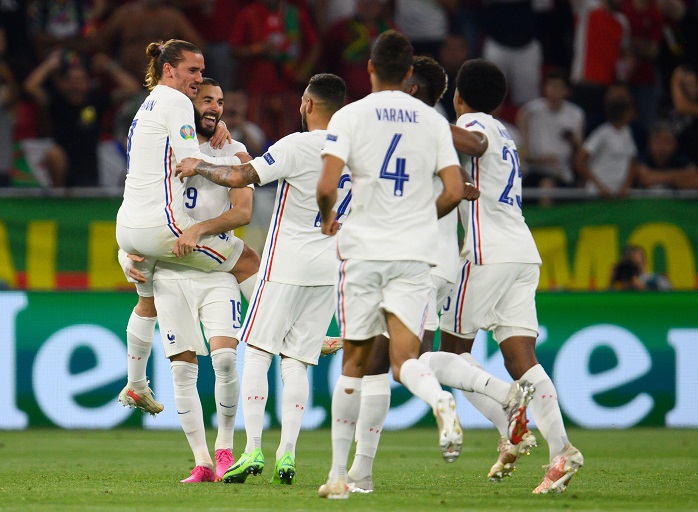 The reigning world champions are set to face a Switzerland side eager to cause an upset and qualify for the quarters of the Euros.

Both sides have only won one game in the tournament so far but they come into the Monday night fixture knowing there has to be a winner.

France won the Group of Death with 5 points, one ahead of Germany and Portugal whilst Switzerland finished third in Group A behind Italy and Wales.

France’s 2-2 draw with Portugal on June 23 did mark their 10th game unbeaten across all competitions since their shock friendly defeat to Finland last year.

Switzerland have been sent packing at this stage three times in a row at a World Cup or Euros since 2014 and are hoping to break that duck.

What time does France vs Switzerland start?

The game kicks off at 10pm Kenyan time at the National Arena in Bucharest.

Didier Deschamps side have a handful of injury concerns as Ousmane Dembele, Lucas Digne, Jules Kounde and Thomas Lemar are all expected to miss the clash.

Clement Lenglet could be used as a makeshift left back in a back three for the French.

There will not be any changes in the attacking line as prodigal son Karim Benzema leads the attack after his brace against Portugal.

For the Swiss, there are no injuries and they are expected to field their strongest possible XI to take on France.

France vs Switzerland head to head

The Swiss have never recorded a victory against France in the seven matches they have gone up against each other.

France have won three times, while the remaining four have resulted in a stalemate.

France and Switzerland played out to a goalless stalemate at Euro 2016 – two years after Les Bleus ran out 5-2 winners at the 2014 World Cup.

Both teams have won 3 from their last five matches but France are superior because they are unbeaten in that run.

Switzerland have lost to Italy and drawn against Wales.

Though many are predicting an easy win for France, I tip Switzerland to give them a run for their money. Both teams will score but France could come out narrow winners on the night.