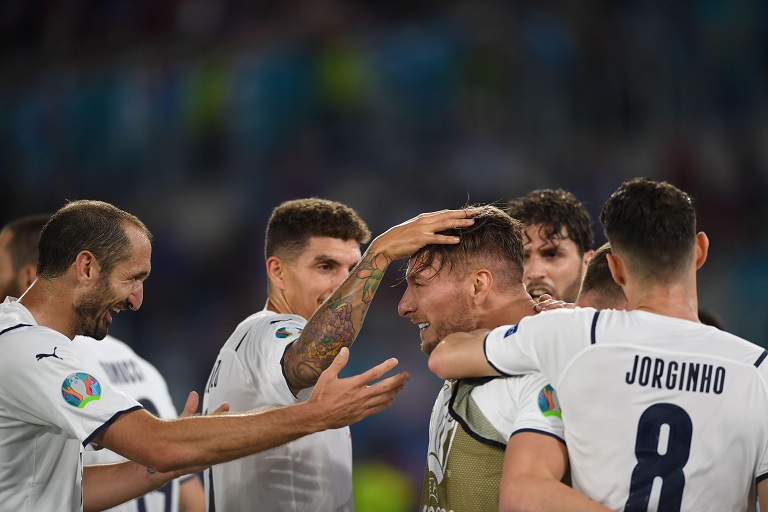 Roberto Mancini’s Italy are sitting on top of Group A with 3 points after a convincing 3-0 demolition of Turkey on the opening day of the Euros.

A Mehri Demiral own goal was followed by strikes from Ciro Immobile and Lorenzo Insigne to confirm all three points for Italy.

They lead their opponents Switzerland and Wales, who both have a point after playing out to a 1-1 draw on Saturday.

A goal from Borussia Monchengladbach attacker Breel Embolo for Switzerland was cancelled out by a goal from Cardiff City striker Kieffer Moore for Wales.

The Swiss come into the game knowing that they need all three points if they are to keep any hope of progression alive.

This is indeed a tough ask for them as they have never been able to beat Italy prior to this encounter.

They have been beaten just once in their last 15 matches in the competition but the Swiss have been eliminated at the group stage three times previously, before suffering a last-16 exit in France five years ago.

What time does Italy vs Switzerland start?

The game kicks off at 10pm Kenyan time at the Stadio Olimpico.

It is unlikely that Mancini will make any changes to the XI that started the game against Turkey, meaning the now fit Marco Veratti will start on the bench.

The trio of Manuel Locatelli, Nicolo Barella and Jorginho should retain their spots in the squad.

Ciro Immobile is also likely to keep his place ahead of Andrea Belotti.

For the Swiss, goalkeeper Gregor Kobel is set to replace number one Jonas Omlin who got injured while warming up on Saturday.

That is the only change expected in the starting XI.

Italy vs Switzerland head to head

These teams have played against each other 4 times and Italy have won just once.

Three have ended in a draw as Switzerland still look for a first victory against the Italians.

Both teams are unbeaten in their last 8 games. The key difference is that Italy have won all 8, while Switzerland have won 7 and drawn once – the 1-1 draw against Wales.

The Italians are undoubtedly the favorites going into this match and with the type of form they are in, they are predicted to come out on top.