CAN MAN CITY GET FIRST-LEG ADVANTAGE AWAY AT SPORTING LISBON? PREDICTION 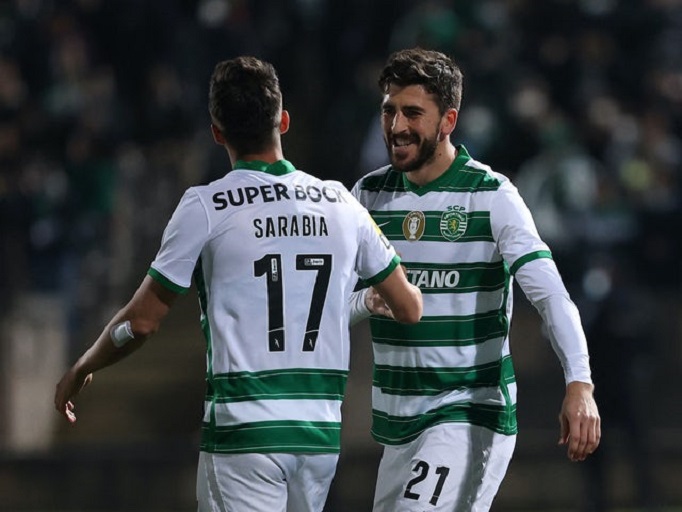 Sporting Lisbon have a tough test in their hands when they welcome Manchester City for their Champions League last 16 first leg.

The runaway English Premier League leaders topped Group A to advance to this stage of the competition.

While hosts Sporting finished second in Group C behind Dutch champions Ajax to secure their spot.

Sporting are in the last-16 stage for the first time since the 2008-09 campaign, when they lost 12-1 on aggregate to Bayern.

The Manchester giants suffered a 1-0 defeat when they last travelled to Sporting in the Europa League back in 2012.

What’s your prediction for this game? Play here for a chance to win.

What time does Sporting vs Man City start?

The game kicks off at 11pm Kenyan time at the Estádio José Alvalade.

Pedro Goncalves has scored 13 times and registered nine assists in all competitions this season, but is doubtful due to a muscular problem.

Joao Palinha, Matheus Reis and Pablo Sarabia are all expected to start for the hosts.

For the visitors, Kyle Walker is suspended and John Stones may start in his place on the right.

Kevin De Bruyne was rested over the weekend and will return to the starting line-up for this match alongside Rodri in midfield.

Raheem Sterling is coming off a hat-trick and should retain his spot, alongside Riyad Mahrez and Phil Foden in the final third.

There has never been a draw in a match featuring these two teams. Each side has won three times from the six played.

Both teams are unbeaten coming into this game, both winning four times and sharing the spoils in one other.

There is enough quality in both these sides to produce goals and they are both expected to score. Man City may edge them on the night.