CAN SEVILLA MAKE IT 10 WINS IN A ROW AGAINST DORTMUND? PREDICTION 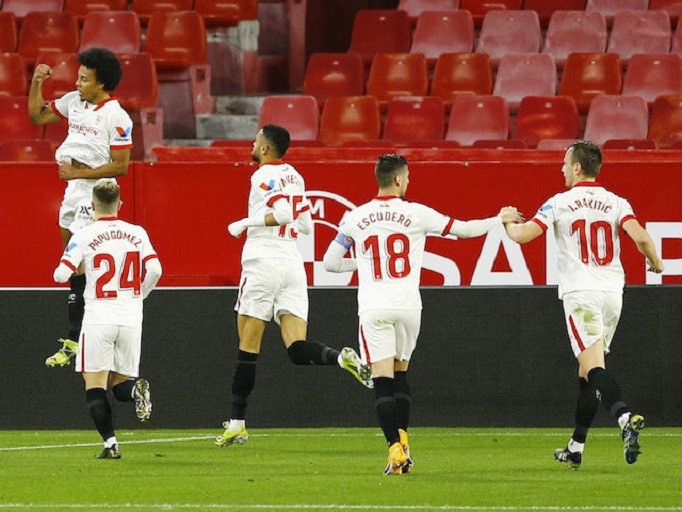 It’s been 10 years since these two sides last met and now the stage is different as they clash on Wednesday night in the first leg of the UEFA Champions League last-16.

The hosts are the favorites coming into the match having won their last nine games in all competitions and taking it a step further by conceding only one goal in that time.

Their commendable form leaves them in fourth place on the La Liga table with 45 points, seven ahead of fifth place Real Sociedad as they look set to achieve a top-four finish and progression to the knockout stages of the competition.

Visiting Dortmund on the other hand have been far from their best and come into the game seeking a first win in their last two matches as they leave Germany languishing in sixth place with 33 points, 16 behind leaders Bayern Munich.

Given their phenomenal collective defensive strength and the disarray Dortmund have found themselves in of late, Sevilla must fancy their chances of reaching the quarter-final of the Champions League for only the second time in their history.

SportPesa Kenya’s blog has a look at all the details ahead of this midweek clash.

What time does Sevilla vs Dortmund start?

The game kicks off at 11pm Kenyan time at the Ramón Sánchez Pizjuán Stadium.

The home side will have to do without the services of Lucas Ocampos, Jesus Navas and Marcos Acuna who have all been sidelined with injuries.

Luuk De Jong and Youssef En-Nesyri are all in line to start in attack but if Julen Lopetegui chooses to change formation then the two forward will battle it out for a starting position.

Dortmund are crippled as they travel without key players Roman Burki, Axel Witsel, Thorgan Hazard, Thomas Meunier, Lukasz Piszceck and Marcel Schmelzer who are all injured.

Young English sensation Jude Bellingham could make his first ever Champions League start and former Liverpool midfielder Emre Can will most likely start at right-back for the German outfit.

Sevilla vs Dortmund head to head

Dortmund are yet to register a victory against Sevilla out of the two games they have gone head to head, with the Spanish side winning one and the other resulting in a thrilling 2-2 draw.

Sevilla are looking for a 10th straight win in all competitions and this is a majestic run of form compared to Dortmund’s last five matches, which has seen them record only one win.

The Germans have lost three times and drawn another in that amount of time, a dismal run of performances according to their standards.

Usually this would be a cracker of an encounter and would be hard to pick a winner, though it does not seem as it will be this way.

Sevilla’s defense has proved almost impenetrable and Dortmund’s lack of sharpness in front of goal could see them lose by a two-goal margin on the night.