CAN REAL MADRID OVERTURN THE SCORE AND BEAT MAN CITY TO THE UCL QUARTERS? PREDICTION 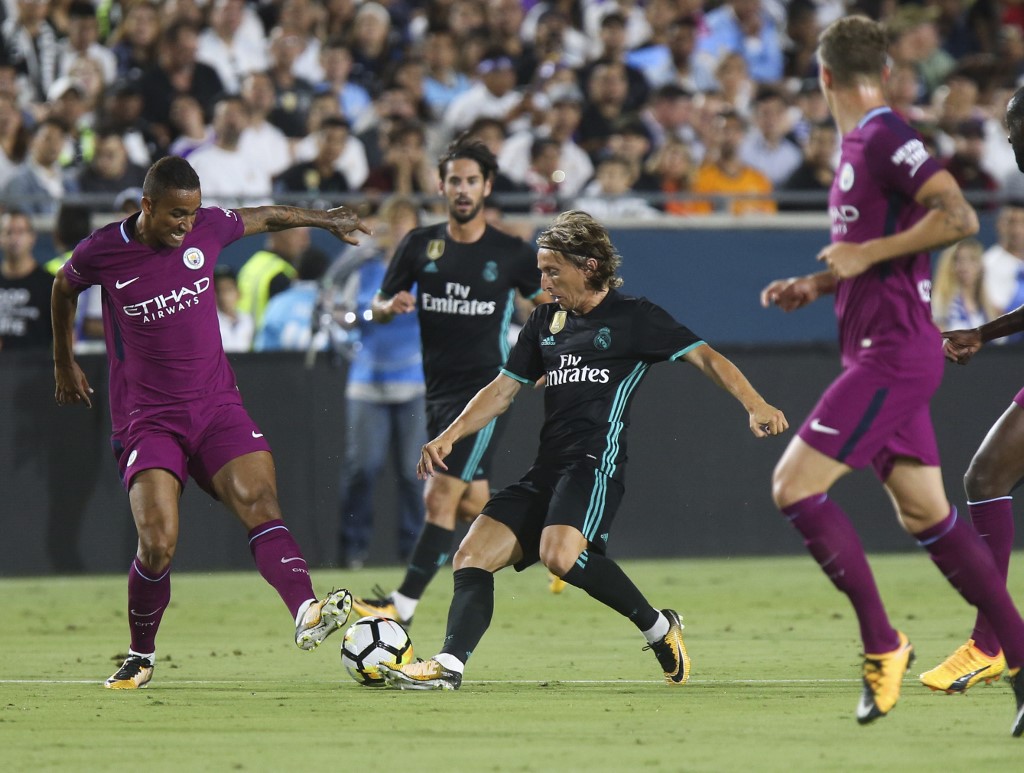 Pep Guardiola’s side have a crucial 2-1 advantage from when both sides met back in February and go into the Friday night fixture with one foot in the UEFA Champions League quarters.

The only piece of silverware that Manchester City FC have managed to get their hands on this season is the EFL Cup, beating Aston Villa 2-1 in March.

Madrid were crowned 2019/20 La Liga champions for the first time in 3 years and will need to continue their imperial run of form if they are to progress in this seasons competition.

What time does Man City vs Real Madrid start?

The game is scheduled to kick off at 10 pm Kenyan time at the Etihad Stadium.

The home side will be without talisman Sergio Aguero, who is out injured, and Benjamin Mendy is suspended for the second leg fixture.

Kevin De Bruyne is expected to be the anchor in midfield but who will be chosen to support him by Pep remains in question. Ilkay Gundogan and Rodri are the most likely pair.

Gabriel Jesus will lead the attack, probably alongside Raheem Sterling and Riyad Mahrez.

Los Blancos are without captain Sergio Ramos, who is also out suspended.

Gareth Bale was also left out of the squad by Zinedine Zidane as the Welsh forward is quoted saying that “he did not want to play.”

Despite having injury woes throughout the season, Eden Hazard and Marco Asensio are the strongest pair to support Karim Benzema up front.

The reverse 2-1 win for Man City in February was the first time that they have managed to beat the Spanish giants in this competition.

Real Madrid have won twice and also a similar number of games have resulted in 0-0 and 1-1 draws respectively.

City finished the English Premier League season on a five-match winning streak, with the only loss in recent matches being a 2-0 defeat to Arsenal in the FA Cup.

For the visitors, they come into the fixture on a greater run of form having not lost in 11 games on their way to the domestic title.

There is no doubt that the Spanish champions will go for goals from the start in a bid to attempt to overturn the deficit, making goals the only assured outcome from this game.

It is hard to see a Pep side sit back and soak in the pressure so they will push for a goal as well, both sides to score and over 2.5 goals will come out of this game.