CAN REAL MADRID GO TOP OF LA LIGA WITH A WIN AGAINST OSASUNA? PREDICTION 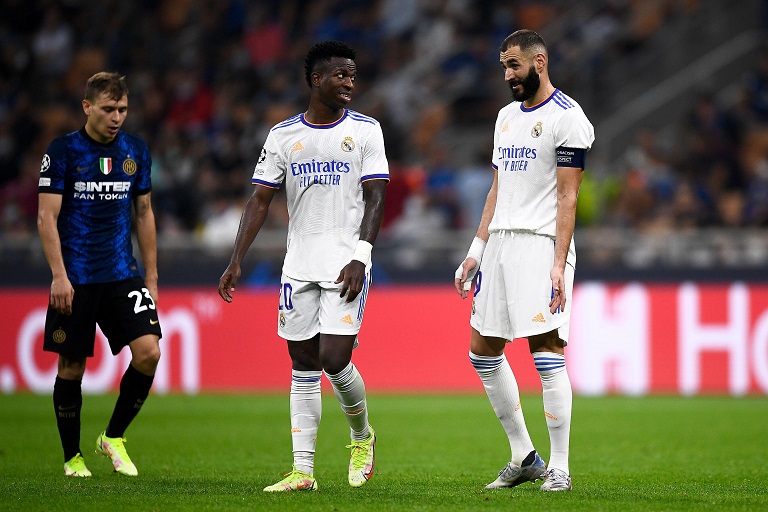 Spanish giants Real Madrid have the chance to go top of La Liga if they can get all three points when they host Osasuna on Wednesday night.

Carlo Ancelotti’s side are currently in second place with 20 points, one behind league leaders Real Sociedad, who have played one game more than Madrid.

Osasuna have had a respectable start to the season and they sit in sixth place with 18 points, also with the chance to go top or at least into the top three if they win.

Osasuna have lost eight and drawn one of their last nine matches with Real in all competitions, and not since the 2010-11 season have this week’s visitors prevailed against the capital giants.

There is lots at stake for both teams ahead of the encounter and you can play here to make your predictions for the game.

What time does Real Madrid vs Osasuna start?

The game kicks off at 9:45pm Kenyan time at the Santiago Bernabeau.

Gareth Bale and Dani Ceballos remain sidelined through injury and are joined by Federico Valverde who is dealing with an ankle problem.

Lucas Vazquez should continue at right-back while Ferland Mendy’s impressive form since making a comeback from injury earns him another start at left-back.

Up front the deadly duo of Vinicius Junior and Karim Benzema are set to provide the goals for the home side.

For the visitors, Ante Budimir, Aridane Hernandez and Jonas Ramalho are all out of contention with injuries.

The hosts have been far more superior than their opponents, winning 24 times from 36 matches played between the two.

Seven matches have ended in a draw while Osasuna have been victorious only on 5 occasions.

Surprisingly, the visitors come into the game on the back of a better run of form, as they are unbeaten in their last five matches, winning four of them.

Madrid on the other hand have lost twice in that run, to Sheriff Tiraspol and Espanyol.

The game will not be a walk in the park for the hosts, though they have enough quality in their side to come out on top and take charge of the La Liga table.