CAN REAL MADRID EXTEND THEIR LEAD AT THE TOP OF LA LIGA? PREDICTION 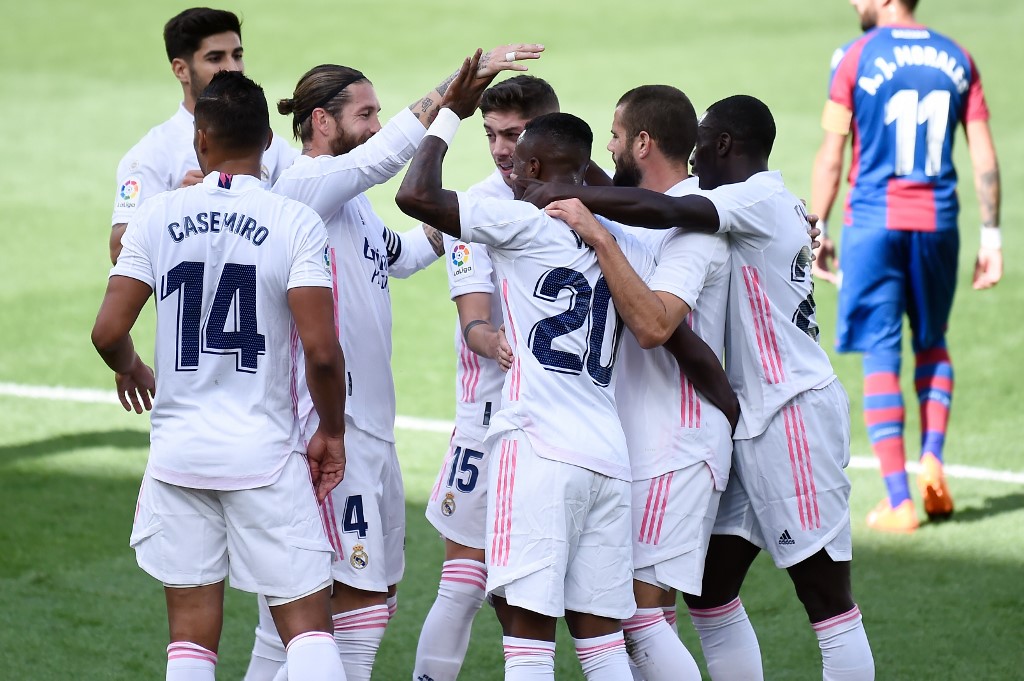 Champions Real Madrid have not lost a game so far in the 2020/21 season and have a chance to retain top spot when they host Cadiz on Saturday evening.

The hosts have not actually faced Cadiz since the 2005-06 La Liga season, and the capital giants won both games during that particular campaign, including a 3-1 success on home soil.

What time does Madrid vs Cadiz start?

The game is set to kick off at 7:30 pm Kenyan time at the Santiago Bernabeau.

Nacho is expected to start due to injuries to Dani Carvajal and Alvaro Odriozola.

Eden Hazard remains unavailable for Zinedine Zidane’s side but his Belgian compatriot Thibaut Courtois is expected to return.

Vinicius Junior has scored important goals for Los Blancos this season and should be part of the starting line-up alongside Marco Asensio and Karim Benzema.

For the visitors, the experienced Alvaro Negredo is the key name in the starting line-up. Only injuries to Luismi Quezada and Iza are a concern for Cadiz.

Madrid vs Cadiz head to head

These two sides have only played three matches against each other and Madrid have won all of them.

Cadiz have won only once in their last three games, an impressive 1-0 away win against Athletic Bilbao.

The hosts on the other hand, are trying to make it four wins in a row with a victory on Saturday.

This should be an easy win for the home side. Home advantage with the experience in the squad should be enough to overpower their opponents.