CAN PORTUGAL CONFIRM LAST 16 SPOT WITH VICTORY AGAINST URUGUAY? PREDICTION 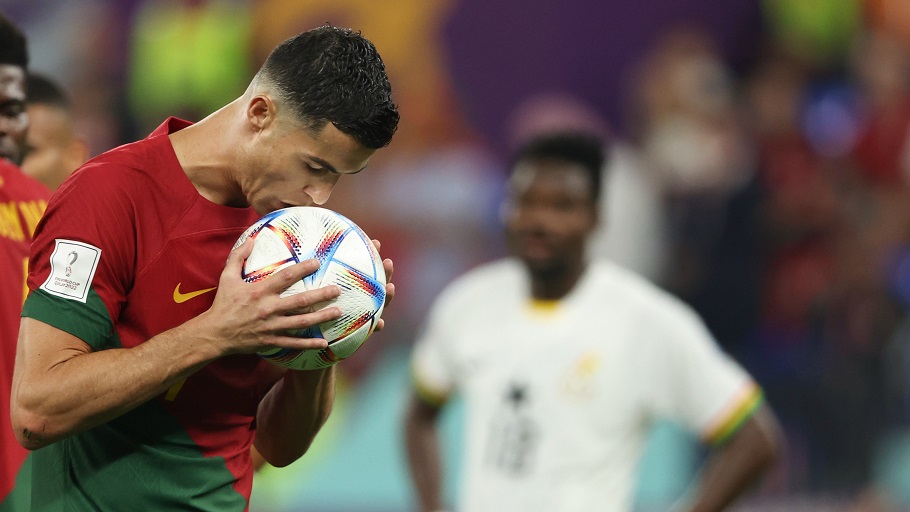 Portugal are all set to take on Uruguay in their second match in Group H, knowing that a win will confirm their spot in the knockout stages.

Cristiano Ronaldo made history by becoming the first player to score in 5 different World Cups as Portugal edged Ghana 3-2 in a thrilling opener.

Uruguay on the other hand were held to a barren draw by South Korea and need to avoid defeat if they are to stay in the tournament.

Portugal have not been past the last-16 stage of a World Cup since 2006 and would take on the runner-up in Group G in the next round if they did finish at the top.

This would mean they would battle it out against either Brazil, Switzerland, Cameroon or Serbia.

Uruguay knocked Portugal out of the last 16 four years ago in Russia, courtesy of a double from Edinson Cavani and they are out for revenge.

Portugal will be looking to win their first 2 group games in the FIFA World Cup for only the third time in their history – after 1966 and 2006 where they reached the semis.

Uruguay are two-time winners of the World Cup, in 1930 and 1950, and have made a positive impression in their last 3 tournaments.

They finished fourth in 2010, reached the round of 16 in 2014 and progressed to the quarter-finals four years ago in Russia.

This has the billing to be a thrilling encounter. Who is your money on? Click here to make your predictions.

What time does Portugal vs Uruguay start?

Danilo has been ruled out of the game with a rib injury, while Otavio and Nuno Mendes are also doubts for the match.

This should see veteran Pepe come in to solidify the defense while William Carvalho may be handed a start after impressing off the bench against Ghana.

Bruno Fernandes and Joao Felix set to support Ronaldo in the final third of the field.

Uruguay are not expected to make any changes to the side that drew their opening game with Luis Suarez leading the attacking line flanked by Darwin Nunez and Facundo Pellistri.

Portugal vs Uruguay head to head

The only competitive match played between these two sides was at the last World Cup and Uruguay came out 2-1 winners.

Portugal have won 3 and lost 2 from their last 5 games while Uruguay have won twice and suffered one defeat, a 1-0 loss to Iran in preparation for the finals.

Neither side lacks a goal scoring threat and are both expected to get a goal in the game. Though, Portugal are tipped as favorites to exert revenge and win on the night.