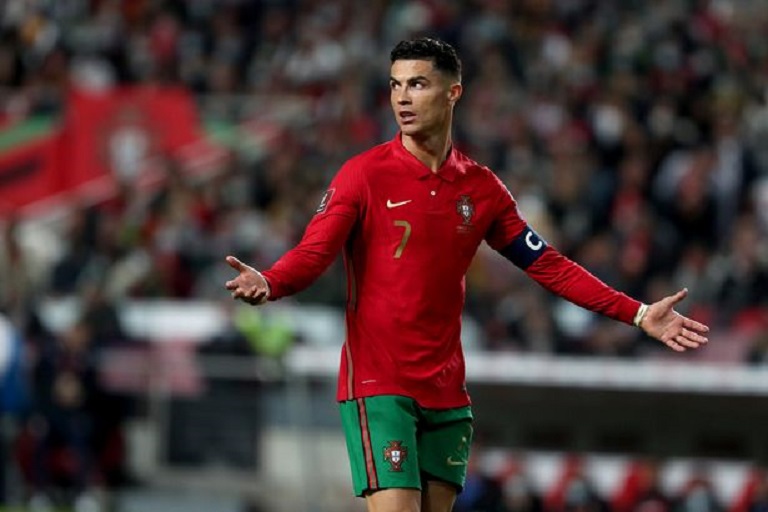 Only 90 minutes in the playoff final stands between Portugal or North Macedonia qualifying for the 2022 World Cup.

The home team are coming off a 3-1 victory against Turkey, while North Macedonia stunned the world by knocking Italy out in a 1-0 win.

A late second-half goal from Al-Fayha attacker Aleksandar Trajkovic ensured that the European champions will not go to Qatar.

Portugal have scored in each of their last 19 World Cup qualifying matches on home soil since drawing a blank in a goalless draw with Sweden back in March 2009.

Will Cristiano Ronaldo’s side make light work of the visitors to qualify for the global showpiece?

Play here to make your predictions for the do or die clash.

What time does Portugal vs North Macedonia start?

The game kicks off at 9:45pm Kenyan time at the Estadio Dragao Stadium.

Diogo Dalot is likely to be dropped from the starting XI as Joao Cancelo is back from a one-match suspension.

Otavio scored and assisted last time out and will start alongside Joao Felix and Ronaldo in the final third.

English Premier League duo of Bruno Fernandes and Joao Moutinho will be the midfield engines.

For the visitors, There could be potential debuts for Zalaegerszegi TE centre-back Nikola Serafimov, Istanbulspor midfielder Valon Ethemi and Westerlo forward Erdon Daci.

This will be the first ever competitive match between these two nations, though the last time they met was in a goalless draw in 2012.

Portugal have won three out of their last five matches, drawing one and losing the other while the visitors have won four and lost just once.

There have been gaps in Portugal’s performances but they are favorites for this game and are expected to win, albeit by a narrow margin.