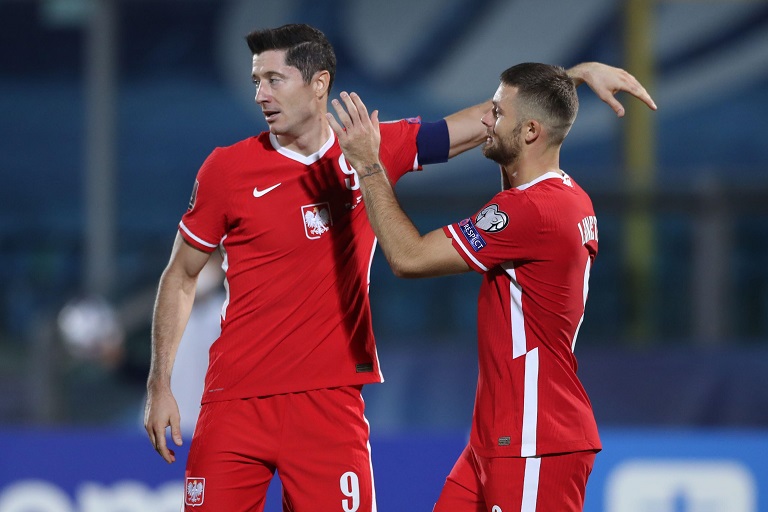 Group I leaders England travel to Poland hoping to maintain their 100 percent win record in the 2022 World Cup Qualifiers.

Gareth Southgate’s side have won all five of their matches and conceded just one goal, leaving them in first place with 15 points.

The goal they conceded came in a 2-1 reverse victory against Poland, who are in second place with 10 points.

Both sides are fresh off emphatic wins at the weekend, England hitting 4 past Andorra whilst Portugal humiliated San Marino 7-1.

Poland could very well find themselves outside of the top two with a less-than-favourable result against England, and they can only boast three wins from their last 12 games in all competitions.

England’s four away matches in 2021 have seen them march to four successive victories without shipping a single goal.

Play here to make your predictions for the enticing Wednesday night encounter.

What time does Poland vs England start?

The game kicks off at 9:45pm Kenyan time at the National Stadium.

Robert Lewandowski, who was absent for the reverse fixture, is all set to build on his 72 international goals after hitting a brace against San Marino.

Poland have five players ruled out of the game with injuries, including striker Krzysztof Piatek and Leeds midfielder Mateusz Klich.

For England, Dominic Calvert-Lewin and Jadon Sancho have both been ruled out of the current qualifying games with injuries, while Tyrone Mings is suspended following his yellow card against Andorra.

Harry Kane is the most likely option to lead the attacking line, supported by Bukayo Saka and Jack Grealish, who started on the bench against Andorra.

Poland vs England head to head

The hosts have never beaten England in five attempts.

The only draw came in 2012 and the rest have resulted in victory for the English.

Poland have lost twice and won twice in their recent run of five matches while their opponents only blemish in a similar run is a 1-1 draw against Italy.

Lewandowski has a remarkable scoring run in front of his home crowd and he will definitely get his name on the scoresheet. With all that is on the line for the hosts, a draw could be the worst outcome.