NETHERLANDS OUT FOR REVENGE AGAINST UNBEATEN TURKEY. PREDICTION 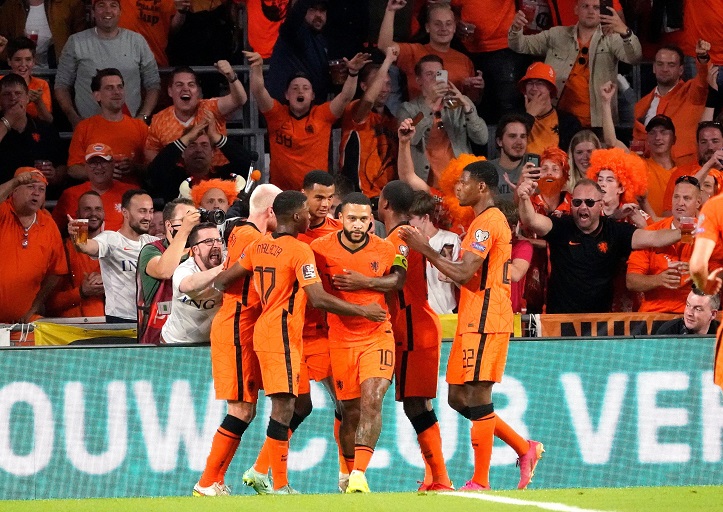 The Dutch are seeking revenge after losing 4-2 to Turkey in the opening game of Group G in March.

Since then, the Turkish outfit has gone on an unbeaten run that leaves them atop the standings with 11 points, one ahead of Netherlands in second place.

Netherlands famously failed to qualify for the 2018 World Cup, and Louis van Gaal’s side are certainly in a battle in Group G, with Turkey and Norway both impressing in the qualification section.

While there are still five more matches to go before the final standings are clear, Netherlands will hope to avoid a repeat of their failure to qualify for Russia.

Here we have a look at both teams strengths and form ahead of the encounter. Play here

What time does Netherlands vs Turkey start?

The game kicks off at 9:45pm Kenyan time at the Johan Cruyff Arena.

Virhil Van Dijk was rested for Saturday’s clash with Montenegro, but he is expected to return to the Netherlands XI for Matthijs De Ligt.

Georginio Wijnaldum, Frenkie de Jong and Davy Klaassen are the most reliable options for Louis Van Gaal in midfield.

Memphis Depay has been in top form and will lead the attacking line.

For the visitors, Altay Bayindir looks set to start in goal with the duo of  Merih Demiral and Kaan Ayhan ahead of him.

Both Hakan Calhanoglu and Kenan Karaman started on the bench at the weekend but should return to the starting lineup against the Netherlands.

Netherlands vs Turkey head to head

The Dutch hold a slight advantage, winning three times from the seven games they have played against each other.

Turkey have won twice, including the 4-2 victory the last time out and the remaining two have ended in a draw.

Away from their qualifying campaign, where they have not lost a game, Turkey have only won once in their last five matches.

They have lost three times and drawn the other.

The Dutch have won three in their recent run of five matches, boasting a better run of form ahead of the clash.

There is a lot at stake for both teams but especially the Dutch. Though, home advantage and current run of form favors them to come out on top.