SERIE A RESUMES WITH HUGE NAPOLI VS JUVENTUS ENCOUNTER. PREDICTION 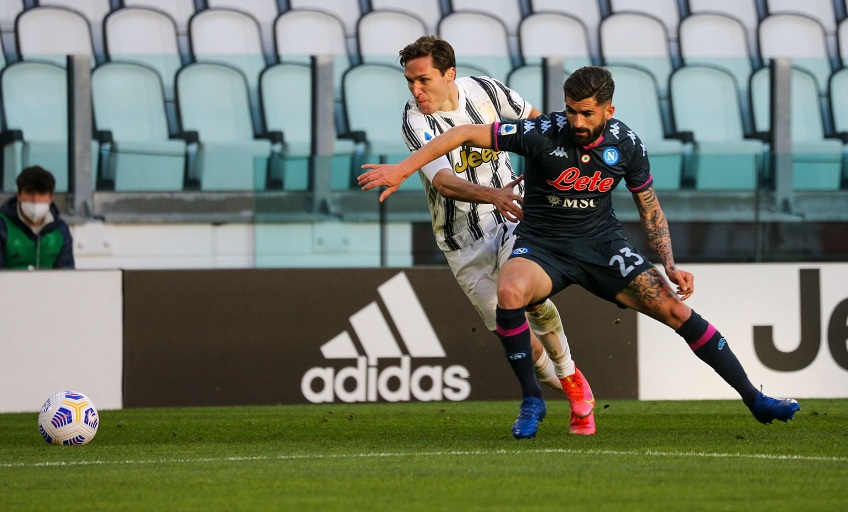 The international break comes to an end and Serie A action resumes with a headline encounter seeing Napoli host fellow giants Juventus.

Napoli have a 100% record after two matches and will be looking to take advantage of an out of form Juventus this weekend.

Juventus, without Cristiano Ronaldo, have failed to win either of their two opening fixtures and are desperate to get their season on track with a positive result.

They currently sit in 12th place with a single point from a 2-2 draw with Udinese on the opening weekend.

The hosts however have a chance to go top of the embryonic table if they manage to win against Max Allegri’s side.

The game kicks off at 7pm Kenyan time at the Stadio Armando Diego Maradona.

Stanislav Lobotka and Piotr Zielinski are out injured for the hosts, meaning Frank Anguissa, Fabian Ruiz and Eljif Elmas will be the key to the midfield.

Lorenzo Insigne is expected to lead the attacking line and will be offered support by Victor Osimhen.

For the visitors, Rodrigo Bentancur and Federico Chiesa are the most notable absentees from the squad.

Moise Kean had a decent outing with Italy over the international break and could be started to partner with Alvaro Morata up front.

From the 42 matches played between these two teams, Juventus have won 21 times compared to Napoli’s 12 wins.

The other nine games have resulted in a draw.

Juventus are without a win in the new campaign, losing once and drawing another whilst Napoli have won both games, scoring four goals in the process.

Juventus are out of form and this will be an uphill task especially away from home. Both teams can get their names on the scoresheet but Napoli might just produce enough to grind out a narrow win.