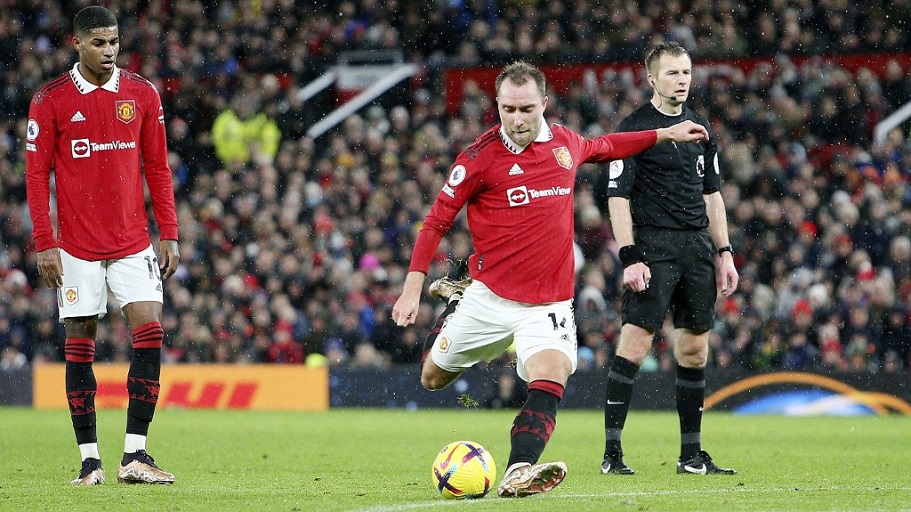 Manchester United host Charlton on Tuesday night needing a victory to book a place in the semifinals of the Carabao Cup.

The Red Devils beat Burnley 2-0 to make it to this stage of the competition while Charlton knocked out Brighton via a penalty shootout after a barren draw.

They then advanced to the fourth round of the FA Cup after a 3-1 success over Everton on Friday night, while Charlton beat Lincoln City 2-1 in the third tier.

United are five-time winners but suffered back-to-back semi-final exits to Manchester City in 2020 and 2021.

If Erik Ten Hag’s men can muster a win on the night, this will be their sixth successive victory in all competitions.

They have also won all of their last 8 matches at Old Trafford, scoring 21 goals in the process, inspired by the in-form Marcus Rashford.

Charlton have never progressed to the semi-finals of the EFL Cup in their 118-year history and have only ever reached the quarter-finals once before in 2007.

The visitors do not have a good record against Man United and will need a miracle if they are to pull off an upset against the English Premier League outfit.

Click here to place your bet and make your prediction for the match.

What time does Man United vs Charlton start?

The home team will be without the services of Bruno Fernandes who is suspended after seeing yellow twice in the competition.

With an upcoming derby against City, Ten Hag is set to make a couple of changes that will see Alejandro Garnacho and Anthony Elanga start.

The midfield trio of Fred, Scott McTominay and Christian Eriksen is expected to be favored to start as well.

Charlton midfielder Sean Clare returns to the side after missing out the win against Brighton due to suspension and is set to start.

Jayden Stockley will lead the visitors attacking line in a side that is likely to remain unchanged from their win against Lincoln City.

These sides have gone up against each other 14 times in their history and Charlton have never won a game. United have 12 wins to their name, while the remaining two have ended in a draw.

The home team have won all their last 5 games and are full of confidence ahead of this tie.

Charlton on the other hand are on a two-game winning streak following one defeat and two draws in that period.

Unite have found their goal-scoring form, scoring 12 times in their last 5 games. They are expected to win this game and over 2.5 goals is very likely as well.