CAN MAN UNITED HOP INTO 2ND PLACE IN THE EPL WITH WIN AT CRYSTAL PALACE. PREDICTION 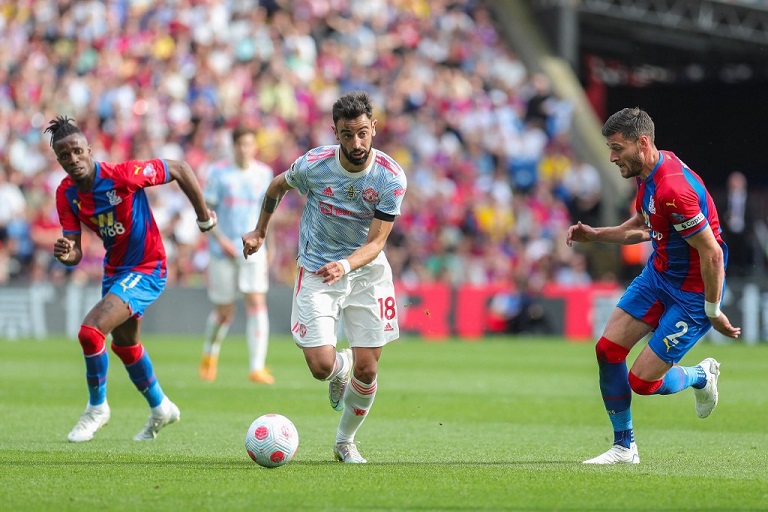 Manchester United travel to Crystal Palace knowing that a win would see them jump into second place on the English Premier League table.

Man United are unbeaten in their last 7 games in all competitions and are coming off a morale-boosting 2-1 win against rivals Man City.

The win left them in fourth place with 38 points after conceding just two goals in their recent impressive run of form.

Palace on the other hand suffered a 1-0 defeat to London rivals Chelsea in their last outing, leaving them in 12th with 22 points.

Four of the Eagles’ last five in the top flight have ended in defeat – failing to find the back of the net in all of those losses and only beating Bournemouth in that time.

Man United have not won 10 consecutive games since Alex Ferguson’s time in 2009 and will be confident ahead of this midweek clash.

Palace beat United 1-0 in the last day of last season as Erik Ten Hag watched from the stands but the stage is set differently this time around.

Patrick Vieira’s side have only lost twice in their last six meetings with United and this could potentially set this up to be an explosive encounter.

All 3 points will be very vital for United here as they prepare to travel to the Emirates on Sunday to battle it out against league leaders Arsenal.

Can Palace repeat their success over Man United and bag all 3 points here? Click here to make your predictions for the clash.

What time does Palace vs Man United start?

The game kicks off at 11pm Kenyan time at Selhurst Park.

Centre-back Joachim Andersen came off with a calf problem against Chelsea and will sit this one out as Marc Guehi and James Tomkins will start.

Jeffrey Schlupp and Abdoulaye Doucoure are also the pair favored to control proceedings in midfield with Michael Olise starting as well.

Former United player Wilfried Zaha, who has already scored 3 goals against them, will lead the attacking line.

Burnley loanee Wout Weghorst is in line to make his full debut for the visitors as Anthony Martial sits this one out.

Marcus Rashford is on an exemplary run of form and he will start as well, with Brazilian Antony occupying the opposite flank.

These sides have gone up against each other 24 times with United boasting a better record with 16 wins compared to the hosts 4 wins.

The remaining 4 have resulted in a draw.

The home team have won twice and lost three games in their recent run of 5 matches, while the visitors come into the game on a 5-match winning streak.

The last two games between these sides have only produced one winning goal for either side but this is not expected to continue. The hosts are tipped to score as well but United could come out as winners on the night.