CAN LIVERPOOL GET A FIRST WIN IN 2021 AWAY AT TOTTENHAM? PREDICTION 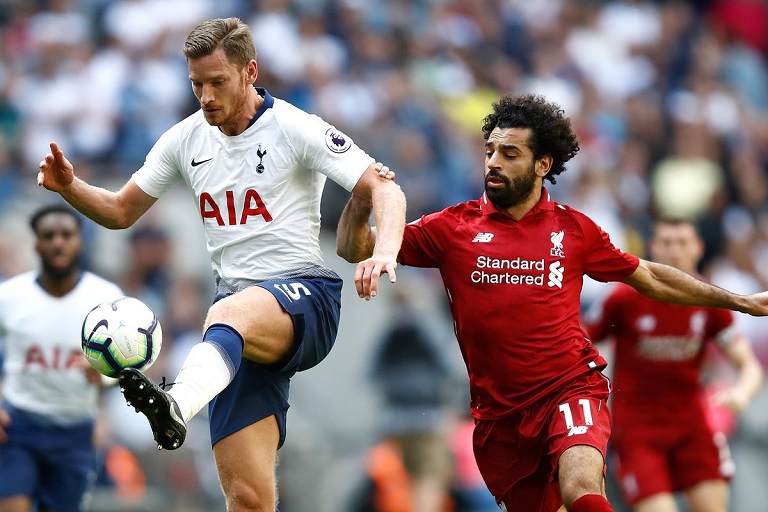 The English Premier League champions are currently on their worst run of form in a decade, having not registered a win this year let alone scored a single goal in the league since 2021 began.

They travel to a Tottenham side who are keen to reignite their title hopes for a first ever league title.

Jurgen Klopp’s run of five games without a win has left the reds in fifth place with 34 points, one ahead of Tottenham who are in sixth place.

The hosts head into this game having enjoyed a 4-1 win over Wycombe Wanderers in the FA Cup, whereas Liverpool were dumped out in the fourth round by Manchester United in a 3-2 thriller.

Monday’s thrashing of Wycombe means that Spurs have now tasted success in five of their last six matches across all competitions – scoring 18 goals and conceding just three in that run.

What time does Tottenham vs Liverpool start?

The game kicks off at 11pm Kenyan time at the Tottenham Hotspur Stadium.

Sergio Reguilon, who has been a key figure for Mourinho since signing for the club, has been ruled out with a muscular injury and joins Matt Doherty and Giovani Lo Celso on the sidelines.

Tanguy Ndombele has undoubtedly Spurs best performer in recent weeks and is set to retain his place in midfield, most likely alongside Englishman Harry Winks.

Steve Bergwijn and Gareth Bale will be antsy hoping either of them get the nod to start the mouthwatering encounter.

For the visitors, Joel Matip and Fabinho will most likely be paired in the heart of defense once again as they continue to sweat over the fitness of captain Jordan Henderson, who has played no part in the last two games.

Mohamed Salah and Roberto Firmino were benched against Burnley but are surely expected to start against Tottenham, as they desperately continue to search for their first goal of the year.

Tottenham vs Liverpool head to head

Out of the 48 matches that these two sides have played against each other, Liverpool have won twice as many (24) games than Spurs (12).

The remaining 12 matches have ended in a draw. Though Spurs have not beaten Liverpool since a 4-1 thrashing in 2017.

The hosts have picked up 8 points from their last five games, winning twice and sharing the spoils on another two occasions.

Their only loss in that time was a 2-0 home defeat to Brendan Rodgers’ Leicester City.

Liverpool are without a win in the last 5, drawing thrice and losing the other two, most humiliatingly the 1-0 home defeat to Burnley. Their first loss at Anfield since 2017.

Judging by how the season is progressing and the fact that Liverpool have found it hard to breech weaker teams defences, Tottenham have the upper hand ahead of this fixture and should grind out a narrow win.