WHO’S PERFECT START WILL COME TO AN END AS LIVERPOOL HOST CHELSEA? 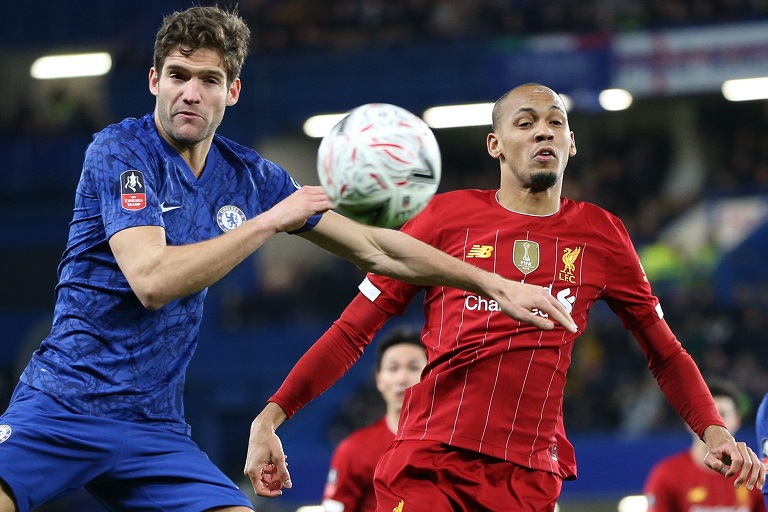 Both teams have had a perfect start to the season so far and are at the top of the table with six points from two matches.

Neither team has conceded a goal, giving this match the potential to be a mouthwatering encounter.

It has been 11 years since Chelsea last opened a Premier League campaign with three wins and three clean sheets on the trot, but having restricted Arsenal and Crystal Palace to a combined 10 shots earlier this month.

The corresponding fixture last season, played in March earlier this year, ended in a 1-0 win for Chelsea, courtesy of a first-half strike from Mason Mount.

The game kicks off at 7:30pm Kenyan time at Anfield.

Liverpool have just one player unavailable for selection as veteran midfielder James Milner misses out with an injury.

Fabinho has returned to training after missing the game against Burnley due to the passing of his father and is in line to start against Chelsea. Andrew Robertson is also fully fit and ready to go, handing the Reds a double boost.

Harvey Elliott played the full 90 minutes against Burnley but may drop out for the more experience Thiago Alcantara for a game of this magnitude.

Trevoh Chalobah made a brilliant start to the season but was overlooked for the Arsenal clash. And the academy graduate could once again find himself on the bench.

The trio of Kai Havertz, Mason Mount and club-record signing Romelu Lukaku showed great understanding and chemistry in the win over Arsenal and is likely to be persisted with.

The visitors have the advantage coming into this game, having won 27 times out of the 63 matches played between the two sides.

Liverpool have won 23 times and the remaining 17 have ended in draws.

Both these teams are unbeaten in their last five games.

Goals are almost a guarantee for this fixture but there could fail to be a winner and a draw could be the most possible outcome.