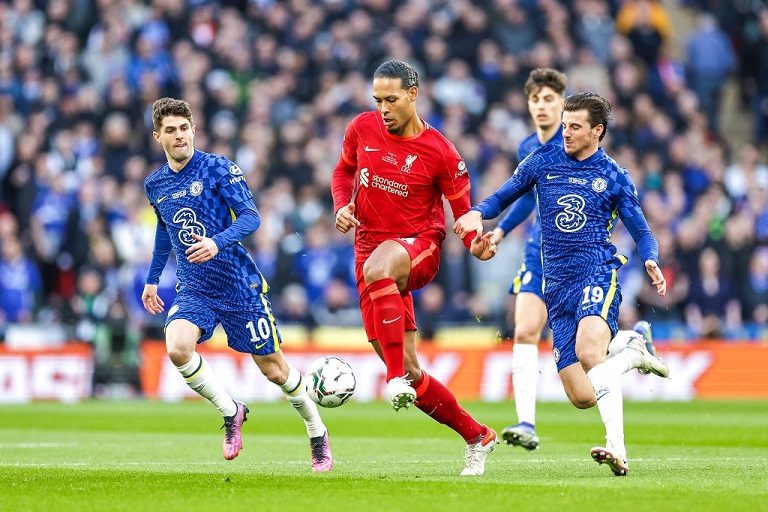 Both Liverpool and Chelsea are languishing in low unfamiliar positions and will battle it out in the first English Premier League game of the weekend.

Liverpool come into the game after back to back league defeats to Brentford and Brighton, leaving them in 9th place with 28 points.

Defeat at the Amex marked the first time since 1993 that Liverpool had suffered back-to-back league losses at the start of the calendar year.

Chelsea on the other hand bounced back with a 2-1 win against Crystal Palace in their last league game to remain 10th, level on points with the reds.

Though, Liverpool have a game in hand over their opponents, they need to bag all 3 points to avoid a third straight loss.

This game will mark Jurgen Klopp’s 1000th game in charge of Liverpool and they have not failed to score at home in the league since March 2021.

Both Premier League games between these two teams last season produced stalemates – there have never been three consecutive league draws in this fixture.

Liverpool have lost only two of their last 15 games against Chelsea in the Premier League but did suffer a defeat against the Blues at Anfield in March 2021.

Which of these struggling sides can turn things around and get a win that could change their fortunes for the rest of the season?

Click here to place your bet on all markets available on SportPesa.

The game kicks off at 3:30pm Kenyan time at Anfield.

Alisson Becker will return between the sticks and will be defended by his familiar pair of Joel Matip and Ibrahima Konate.

Andrew Robertson will also return to the back line as Kostas Tsimikas nurses an injury.

Darwin Nunez may be fit to start, meaning new signing Cody Gakpo will assume a wide role with Mohamed Salah occupying the opposite flank.

For the visitors, their extremely long injury list continues to trouble them with former Liverpool man Raheem Sterling out of contention as well.

Benoit Badiashile and Lewis Hall are confident they will retain their starting spots with Mason Mount, Hakim Ziyech and Pierre Emerick Aubameyang all starting as well.

Liverpool have a good record against Chelsea and have won 84 out of the 192 matches played between the two teams, as opposed to Chelsea’s 65 victories.

The remaining 33 have ended in a draw, including the last two league games between them.

The hosts have won twice, lost twice and shared the spoils in another during their recent run of five games, while Chelsea have only managed one win in that run and three defeats.

Both sides have a point to prove and this could push them to bag a goal in this fixture. Despite home advantage, Liverpool have been far from convincing so a draw could be on the cards yet again.