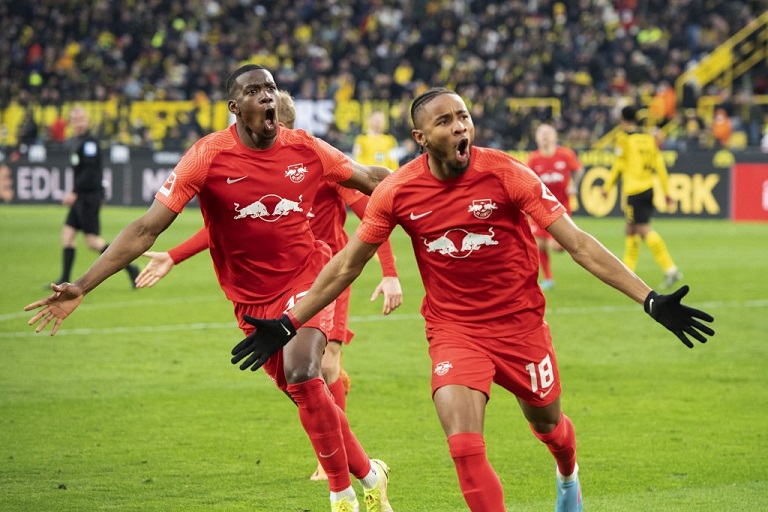 RB Leipzig will host Serie A outfit Atalanta on Thursday in the first leg of their UEFA Europa League quarterfinal.

Leipzig have lost just one of their last 15 matches in all competitions ahead of their battle with Atalanta.

The Germans come into the game on the back of an impressive 4-1 away win at Borussia Dortmund, while Atalanta lost 3-1 to Napoli.

RB Leipzig played their first-ever match in UEFA competition in 2017 but have reached a Europa League quarter-final and Champions League semi since.

Both teams come into the game with a point to prove on their quest for European glory this season.

Who will take an advantage into the second leg in Bergamo? Make your predictions here for this clash.

What time does Leipzig vs Atalanta start?

The game kicks off at 7:45pm Kenyan time at the Red Bull Arena.

Youssuf Poulsen remains injured and will not feature for the hosts.

Andre Silva will start up front, alongside the man to watch Christopher Nkunku, who has scored 27 goals this season.

Dani Olmo and Konrad Laimer are also available and are likely to feature in the starting XI.

The visitors are without key centre-back Rafael Tolói and Josip Iličić.

Joakim Mæhle was only on the bench on Sunday but could displace Davide Zappacosta with Hans Hateboer on the other side.

Up front, Duvan Zapata is expected to start.

Leipzig vs Atalanta head to head

This will be the first ever competitive meeting between these two sides.

Both teams have won three times in their last 5 matches, though Leipzig are unbeaten in that run, Atalanta have lost once.

There has not been a lack of goals from either side and this match will not be any different. Though Leipzig are favored to win the first leg.