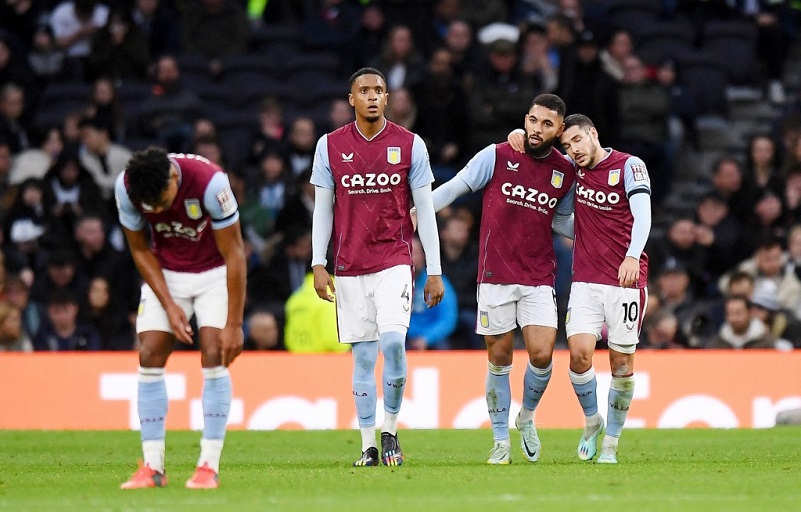 Leeds United have played out to three straight draws and travel to Aston Villa in the English Premier League looking to turn their fortunes around.

Villa have been better since Unai Emery took over but were unfortunate to be knocked out of the FA Cup last weekend by League Two’s Stevenage.

Leeds on the other hand were held to a 2-2 draw by Cardiff City and will have to lock horns again in a replay.

Prior to this FA Cup game, Leeds were held to two consecutive EPL draws against West Ham and Newcastle, leaving them in 14th with 17 points.

Emery’s side are in 11th place with 22 points and a win here would see them go level with struggling Chelsea who lost 2-1 to Fulham on Thursday.

Villa have a record of three wins, one draw and three defeat since the Spaniard replaced Steven Gerrard.

Leeds have not beaten Villa since a 3-0 success at Villa Park in 2020 and two of the last four top-flight meetings between the two sides have finished in a draw.

Though, Villa are unbeaten in their last four matches in the Premier League and have kept three clean sheets during this period.

Can the home side stretch their unbeaten run and keep up their steady rise up the EPL table?

Click this link to place your bet for this game from all the selections available on SportPesa.

What time does Aston Villa vs Leeds start?

The game kicks off at 11pm Kenyan time at Villa Park.

Leander Dendoncker was sent off against Stevenage and will sit this one out, as well as John McGinn and Diego Carlos who are both injured.

Emiliano Martinez is set to return in goal after being rested in the FA Cup, with Lucas Digne and Ashley Young returning as well.

Ollie Watkins and Leon Bailey are both fit and raring to lead the attacking line for the hosts.

Leeds are also going to field a strong XI with plenty of first team players set to return to the starting line-up.

Illan Meslier, Luke Ayling, Liam Cooper Tyler Adams and Rodrigo are all going to start as the visitors seek a first win against Villa in 3 years.

Forward Patrick Bamford has recovered and will be part of the squad but is likely to feature from the bench.

From the 22 games played between these two sides, Villa have a slightly better record, winning 8 times compared to Leeds’ 6 wins.

The remaining 8 games have resulted in a draw.

The home team have only won once in their recent run of 5 games that has seen them lose 3 times as well.

Meanwhile, visiting Leeds are without a win in that run, losing twice and drawing 3 consecutive games.

Villa have been on the rise and their home form has not been bad at all. With the current form Leeds are on it is unlikely that they can muster an away win on the night.

The home team are tipped as favorites to win this game.