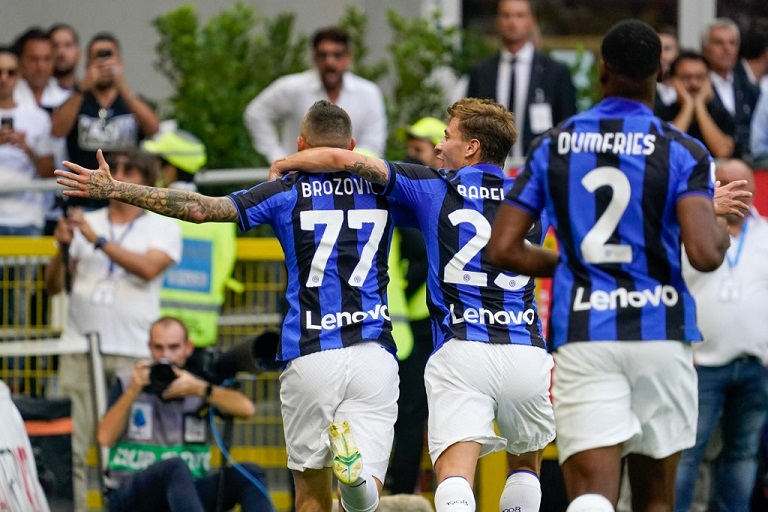 Inter Milan will get their UEFA Champions League season underway with a highly-anticipated match against Bayern Munich.

The Serie A giants are coming off a 3-2 defeat to eternal rivals AC Milan, leaving them in 8th place with 9 points.

Bayern on the other hand were held to a second successive stalemate in a 1-1 draw against Union Berlin.

La Liga’s Barcelona and Viktoria Plzen are the other two teams that will take to the field from Group C.

The perennial Bundesliga champions have been victorious on each of their previous three visits to Inter.

Even after losing star forward Robert Lewandowski to Barca, Bayern have already scored 26 goals across six games this season.

It will be hard to keep them at bay and Inter need to be on their best form if they are to get anything from this first leg.

Click here to place your bets for this encounter.

What time does Inter vs Bayern start?

The game kicks off at 10pm at the San Siro.

Romelu Lukaku remains absent due to a thigh injury and that is the main concern for the hosts.

In his absence, either Edin Dzeko or Joaquin Correa will get a role in the starting XI to partner with Argentine Lautaro Martinez.

Matteo Darmian and former Dortmund midfielder Henrikh Mkhitaryan are also set to get places in the starting line-up.

For the visitors, new signing Sadio Mane continues to impress and he will definitely lead the Bavarians attacking line.

Jamal Musiala has scored five goals already and he should start in midfield once again, alongside Joshua Kimmich.

Inter vs Bayern head to head

These prolific teams have faced each other a total of 9 times and each has come out on top on 4 occasions.

Only one has resulted in a draw.

The home team have won 3 times in their last 5 matches, losing twice to Milan and Lazio while Bayern are unbeaten in that run, winning 3 times as well.

With the quality in both line-ups, goals are almost a guarantee in this match. A winner may be difficult to call but a draw could be very likely.