CAN INTER MILAN BREAK THEIR DUCK AGAINST RAMPANT BARCELONA? PREDICTION 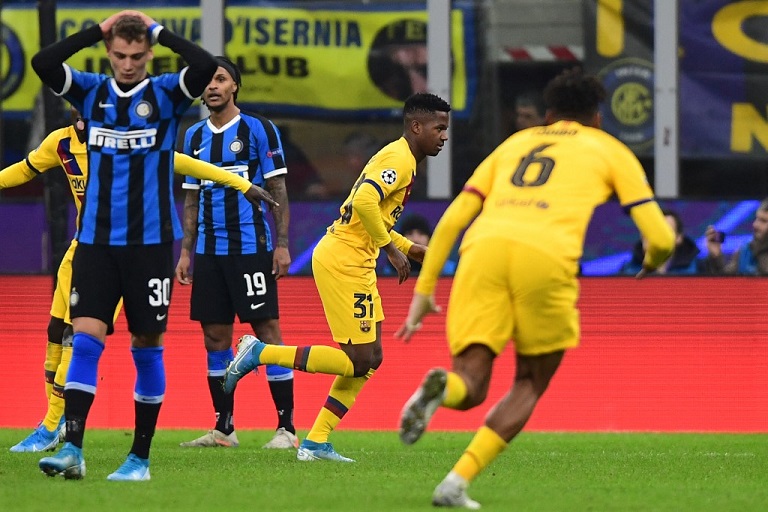 Inter Milan will host Barcelona in matchday 3 of the UEFA Champions League hoping to overturn their usually poor form against the Spanish side.

Barcelona come into the game in 2nd place in Group C, following a 2-0 defeat to leaders Bayern Munich last time out.

Inter are in third with 3 points, level with their opponents, after they beat Viktoria Plzen 2-0 a fortnight ago.

Inter have won only once from five meetings with Barcelona in Milan, though, they will need to overcome precedent to pick up maximum points this week.

Barca failed to make it through the group stage of last season’s Champions League, finishing 3rd behind Bayern and Benfica.

It is now 7 years since they last lifted Europe’s most coveted trophy but look a new side who can challenge for top honors.

This is arguably the biggest match of the night and there is lots to play for, including a potential top of the table spot.

Can Inter come alive to bag all 3 points? Play here to make your predictions for the clash.

What time does Inter vs Barcelona start?

Hakan Calhanoglu made a return to the side and is likely to start in midfield alongside Federico Dimarco.

Lautaro Martinez will lead the attacking line as Edin Dzeko and Joaquin Correa both battle it out to support him in the starting XI.

For the visitors, new signing Robert Lewandowski has been on great goal-scoring form and will start up front.

Memphis Depay, Frenkie De Jong and Jules Kounde are all injured and will sit this one out.

Pedri is expected to return to the starting line-up and it will be interesting to see whether Raphinha makes the cut as well.

Inter vs Barcelona head to head

From 11 games played between these two teams, Inter have only won once.

Barca have won 7 times, with the remaining 3 resulting in a stalemate.

The home team come into the game on the back of 2 consecutive defeats, making it 3 losses in their last 5 games.

Meanwhile, Barcelona have only lost once in that run, winning all the remaining 4 games.

This is a difficult one to predict but one can almost be guaranteed that both teams will score (GG) on the night.