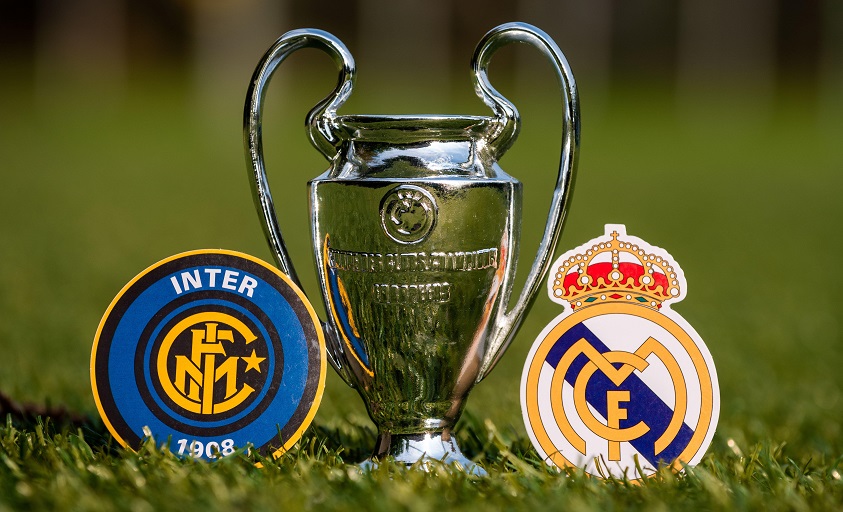 This is the second successive season that they have been drawn in the same group, as well as Ukrainian side Shakhtar Donetsk.

Los Blancos beat the Nerazzurri home and away last season, including a 2-0 victory in Milan.

Inter Milan come into this game on the back of a 2-2 draw against Roberto D’Aversa’s Sampdoria in Serie A.

Real Madrid, on the other hand, beat Eduardo Coudet’s Celta Vigo 5-2 in La Liga, inspired by a hat-trick by French striker Karim Benzema.

Seeking their 14th Champions League crown and their first since 2017-18, Real Madrid remain as one of the tournament’s favourites.

Play here to make your predictions for the midweek Champions League fixtures.

What time does Inter vs Real Madrid start?

Inter Milan centre-back Alessandro Bastoni is the only injury concern for Simone Inzaghi who has a fully fit squad to pick from.

Matteo Darmian and Ivan Perisic are set to retain their starting roles as wing backs for the game.

Nicolo Barella, Marcelo Brozovic and Hakan Calhanoglu will also start in midfield with the duo of Lautaro Martinez and Edin Dzeko leading the attacking line.

New signing David Alaba and Luka Jovic sat out the weekend fixture but could feature after being named in the squad.

Vinicius Junior and Eden Hazard will be the most likely options to provide for Benzema up front.

There is nothing separating these two sides from the 11 matches they have played against each other.

Both teams have won 5 times and only one has resulted in a draw. In addition, each team has also scored exactly the same number of goals (13).

Neither side has lost a game in the new season wit Inter winning twice and sharing the spoils in another game.

Real have won three times and drawn once, a 3-3 thriller against Levante.

Both teams boast heaps of talent, making it hard to separate the two sides. A game full of goals is on the cards but a draw is the most likely outcome.