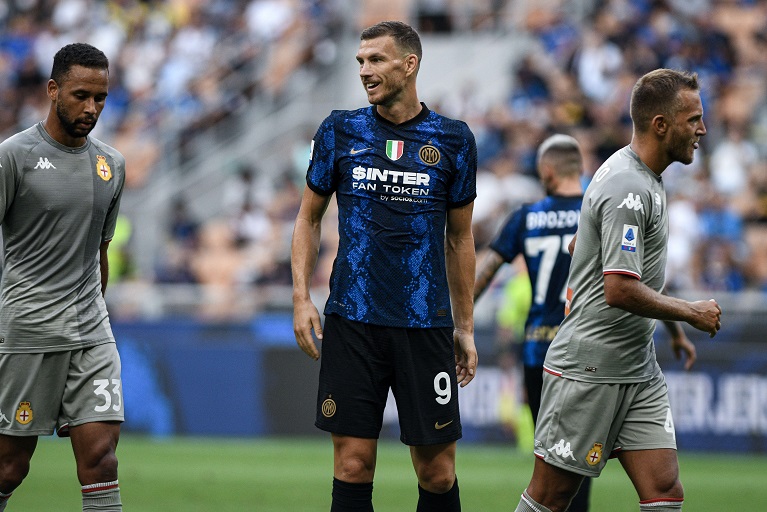 Serie A champions Inter Milan are looking to cement top spot when they travel to take on Verona in matchday 2 of the 2021/22 season.

Inter kicked off the new campaign with a comprehensive 4-0 thrashing of Genoa, with new signing Edin Dzeko among the goals on his league debut.

That result means Inter have won 19 of their 25 matches in Serie A so far this calendar year, with only Premier League champions Manchester City (21) winning more games during this period.

Verona on the other hand narrowly lost 3-2 at home to Sassuolo in a mouthwatering encounter.

Inter have a remarkable record against Verona, winning 16 and drawing four of their last 20 league meetings against them.

Here SportPesa Kenya’s blog has a look at the teams ahead of the fixture, you can play here to make your predictions.

What time does Verona vs Inter start?

The game kicks off at 9:45pm Kenyan time at The Stadio Marcantonio Bentegodi.

The home team will have to make do without the services of midfielder Miguel Veloso who misses out due to suspension after being sent off in the opening game.

The three-man backline in front of the custodian ought to comprise Giangiacomo Magnani, Koray Gunter and Federico Ceccherini.

An attacking trident including midfielders Zaccagni and Antonin Barak as well as striker Nikola Kalinic is expected to start once again.

Inter Milan, meanwhile, could be ready to hand new signing Joaquin Correa his debut after his signing was completed on Thursday.

Alexis Sanchez has stepped up his recovery but remains unavailable for Friday night, while Christian Eriksen is also unavailable, along with Roberto Gagliardini.

Edin Dzeko is a definite starter in the striking department.

Verona vs Inter head to head

Inter have won 15 matches against Verona and another four have resulted in draws.

The visitors come into the game with an unblemished record, winning all their last five matches.

Meanwhile Verona have won twice, drawn twice and lost one in that run.

Both teams are tipped to get their names on the scoresheet but Inter Milan may just have enough gas in their tank to come out victorious on the day.